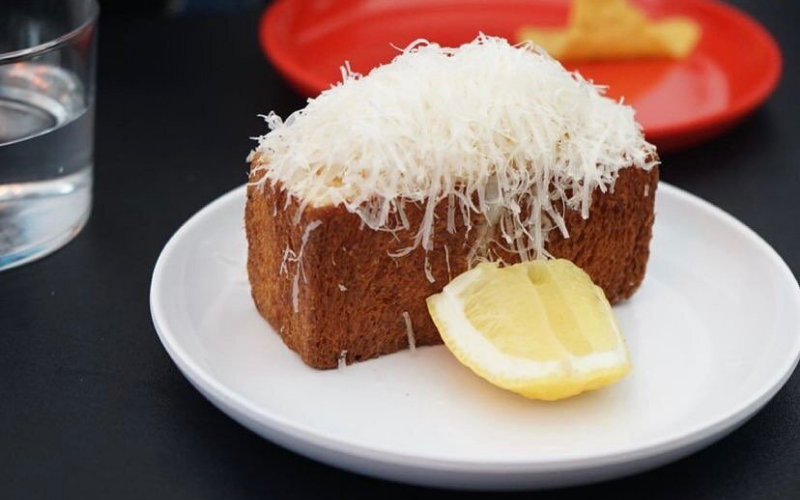 After bringing in Zijun Meng and Ana Gonçalves from TATA Eatery to revamp the menu, taking it from a Taiwanese fried chicken spot to a fully-realised restaurant, Mr Ji won a legion of new fans. Now that the restaurant is relocating to Camden, (we initially thought it would be a second branch but the Soho site is shutting up shop) they’re set to win over even more. The new branch of Mr Ji (opening on the old Hook site where they held their first pop-up back in 2017) will feature some of the dishes that have been big hits in Soho, including the parmesan-covered prawn ‘in’ toast, the Sichuan fried chicken burger in a pineapple bun, and the daikon cake with shiitake mushrooms and garlic soy paste.

The Asian Sunday roast that was tested in Soho, which featured roast duck with umami dip, roast pork belly with sweet mustard, Tawainese sausage with garlic mayo and soy-poached chicken with ginger & spring onion dipping sauce, will be available at the Camden restaurant too, alongside brand new creations like Cantonese-style roast chicken and prawn fried rice, and more low-intervention wines on the drinks list.