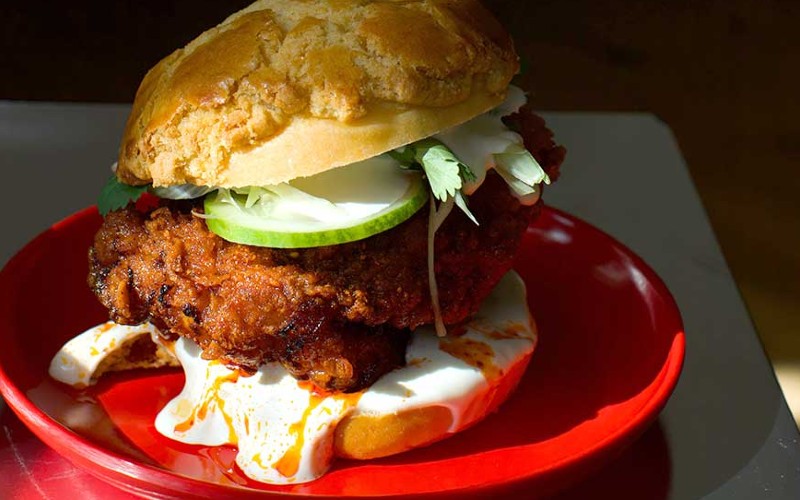 TĀ TĀ Eatery’s katsu sando was without doubt the most hyped sandwich in all of London last year. You’d have to have been hiding under a rock to miss it, that’s for sure. Following the temporary closure of Arcade Food Theatre, where TA TA had a home on the mezzanine, the duo most recently have been operating out of Mr Ji on Old Compton Street, serving a small menu of sandos as well as their Katsu DIY kits to take home. But now we hear they’ve moved in permanently and will soon be opening a proper sit-down restaurant on this Soho site.

There’ll be two menus to choose from, beginning with The Classics which will riff on the OG Mr Ji fried chicken (think deep-fried chicken breast with chilli sprinkles) along with The Ji Sando featuring a pineapple bap, deep-fried chicken thigh and cucumber salad. The second menu option deals with a couple of left-field small eats. There’ll be Prawns ‘in’ Toast, a toasted brioche ‘box’ filled with prawn sauce and prawns; ‘Not Another Cucumber Salad’ with cucumber, black fungus, yuba and chilli; and ‘T-egg’ a tea-marinated soft-boiled egg with smokey mayo and katsuobushi.

Desserts aren’t forgotten either, with a delish-sounding Fried Milk, a panko-crusted, deep-fried milk custard with sesame and peanut and a decent sounding cocktail list – Plum Negroni we’re looking at you. An opening date hasn’t been given yet, but a November opening is on the cards. Let’s hope a new lockdown doesn’t push this back any longer.

WIN A THREE-MONTH SUPPLY OF BREAD FROM KARAWAY (327)

THE YAYOI KUSAMA INFINITY ROOMS ARE COMING TO THE… (123)

ALL-YOU-CAN-EAT CHEESE AT THE CHEESE BAR (99)