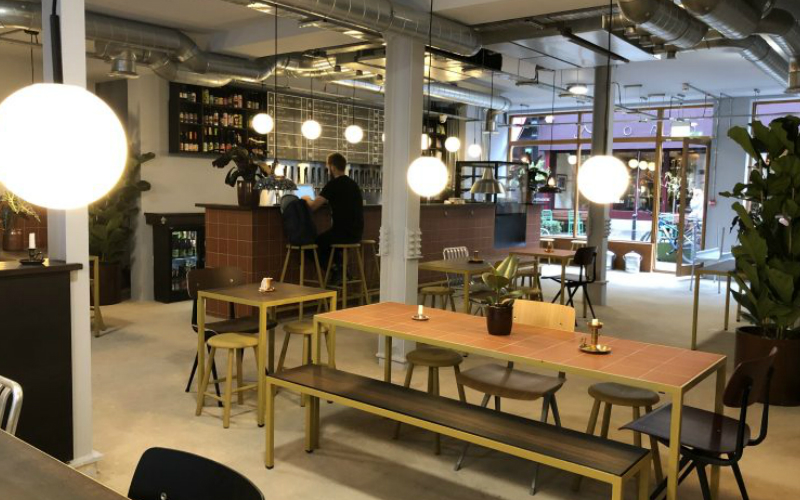 After teaming up with 80s legend Rick Astley to open a pub in Shoreditch last year, Mikkeller has revived the unlikely pairing to open a second site in Exmouth Market. The brewpub has been branded as a pop-up but it’s actually going to be there permanently, they’ll just be closing the doors temporarily early next year to whack in a restaurant.

Currently, the two-floor pub has 18 beer taps on the go, plus wine and cocktails on tap, and unlike the Shoreditch one, has a 7.5 hectolitre capacity brewery on site too. There’s a snack menu featuring Danish open sandwiches in place at the moment but you can expect that to expand once the restaurant part is up and running, though the team are stressing that it’s very much a brewery with a restaurant. Better get the beers in then.

See which other celebs own restaurants and pubs in London right here.