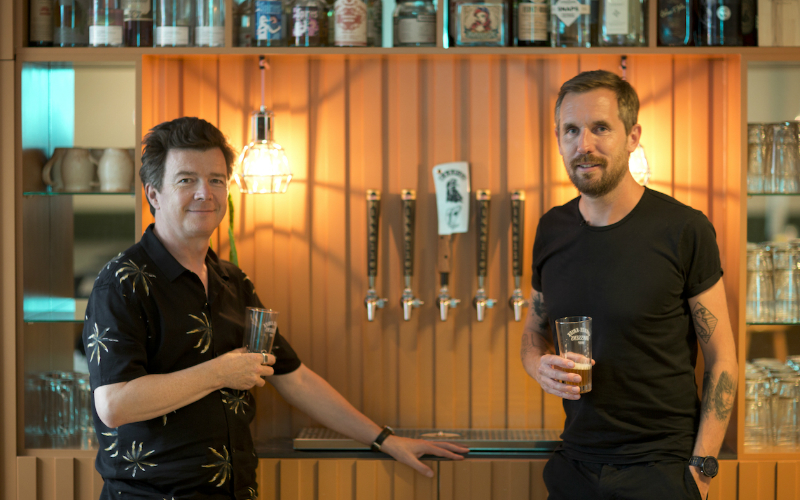 Copenhagen-based craft brewery Mikkeller, founded by Mikkel Borg Bjergsø and Kristian Klarup Keller, is coming to London and they’re doing so with a little help from 80s legend Rick Astley. Yes really. The singer has collaborated with Mikkeller before on Astley’s Northern Hop Lager and now he’s teamed up with them once again to open a bar. It’ll be opening in Shoreditch (where else?) this October, with some of Rick’s lyrics incorporated into the design of the space, which has been inspired by one of his 80s videos. No word yet on what the music policy will be though…

It’s 5 o’clock somewhere so get a pint at one of these craft beer bars.