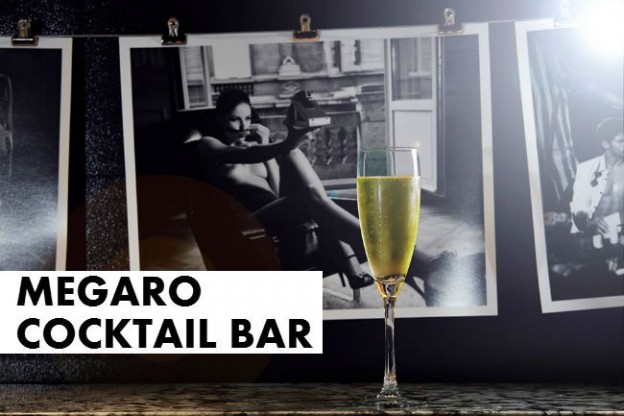 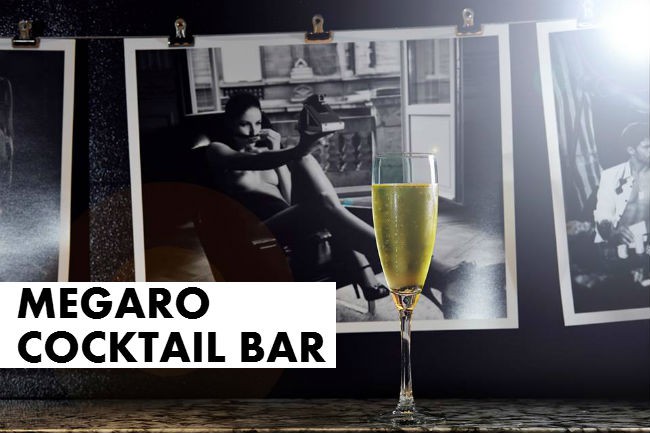 We were invited to Megaro for the launch of their latest installation, a panoramic series of photos by local artist Henry Thomas. The walls are covered in photo frames each of which has an individual image of London which when they’re put together create a jigsaw of incredibly vibrant photos. It had previously been filled with portraits of locals occupying each of the frames. The centre-piece image in the middle of the room has a dual function as every Wednesday, Megaro host a film-noir evening and this particular image is transformed into a screen for the films. 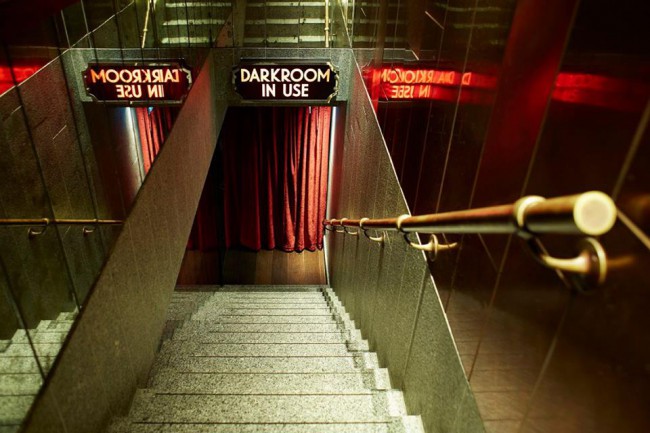 Megaro has a small but perfectly formed menu of cocktails and canapés; the Monroe Three Five One and Lavender Hill Mob Fizz were both particular favourites of ours. Canapés were equally as good, highlights inlcuded scallop ceviche served with clementine and chilli, Foie Gras served on crackers and even big spoons of salted chocolate – something which they’ve now added to the dessert menu in the ground floor restaurant.