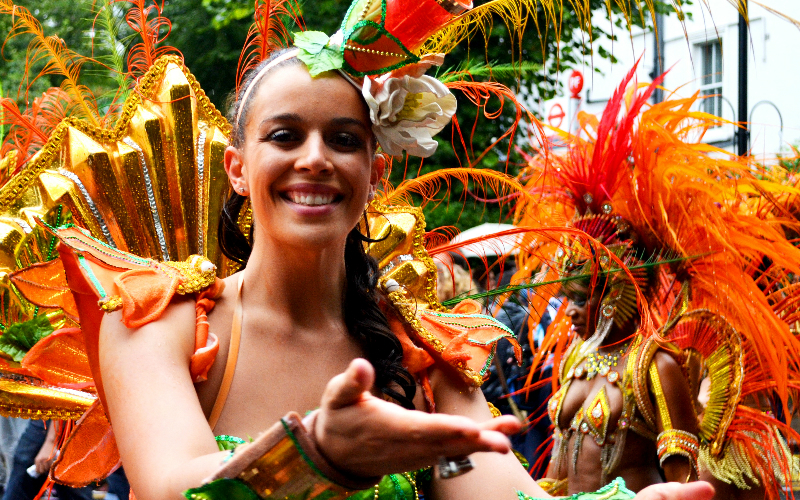 When you think of Carnival you probably think of the mas bands, with their flamboyant costumes, music and dancing, that take part in the parade. Mas, coming from masquerade, dates back to the 19th century when slaves would mimic their masters and the clothes they would wear at balls, a tradition that was elaborated on after emancipation, evolving into a key part of Caribbean carnivals.

Trinidadian women started parades featuring both children and adults in Ladbroke Grove in the early 60s, and as Carnival developed over time, so did the mas bands and there are now more than 70 taking to the streets.

Sunday is the family day, with Monday being the more hard partying day, but it all kicks off with J’ouvert, the official opening of Carnival where mas bands hit the streets early doors on Sunday morning with paint and powder throwing.