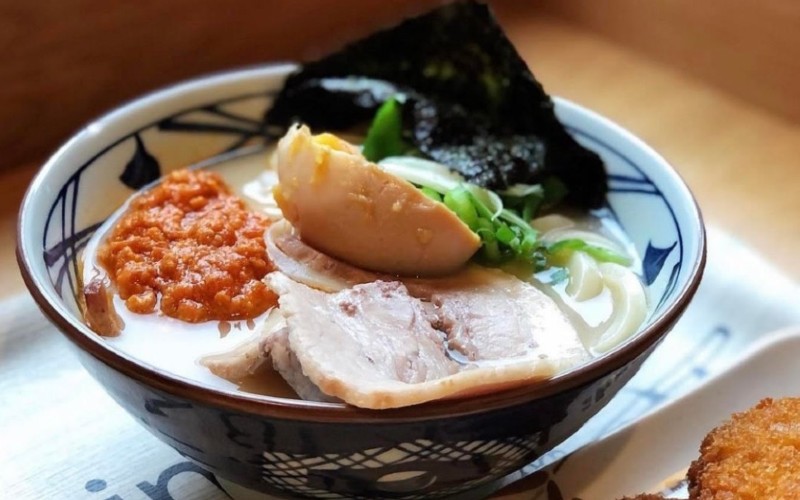 Marugame Udon is the world’s largest udon noodle chain known for its Sanuki udon (a chewier texture compared to other styles of udon) and tempura, with more than 800 sites across Japan alone and another 250 in Asia, Russia and the US, and its certainly on a rollout mission here in London. After opening the first European restaurant right near Liverpool Street this summer, the chain followed that with another at The O2 in Greenwich in September, and now it’s onto site number three, taking over the Garfunkel’s site just off Oxford Street.

We’re expecting the Central site to have the same canteen-style set-up where you work your way around the open kitchen, choosing your dish, whether it be udon, tonkotsu or donburi, before hitting the tempura station, and the condiment station where you can pimp your noods with ginger, chillies, tempura batter and other toppings. And with two more London sites having been teased already, expect oodles of noodles to be coming your way.