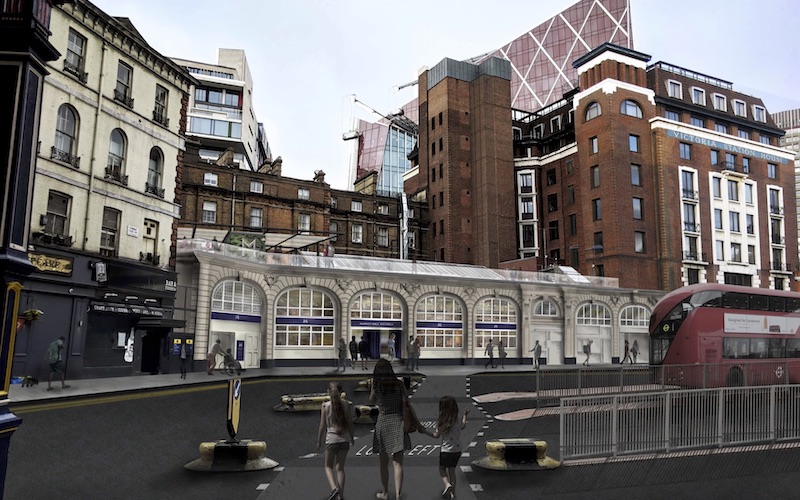 Having opened up its first location in Fulham earlier this year, full details of Market Halls next project, in Victoria have now been announced – and the line up is looking pretty awesome. Taking over the old Victoria Street Arcade, Market Halls Victoria will be huge, set across three floors and with seating for 400 people. If you live, work, or commute via Victoria, this is going to be very good news indeed.

Here’s the full run down of the 12 traders at Market Halls Victoria, due to open in November 2018:

bunshop
Probably the most interesting of the lot is bunshop, a new venture from Tom Harris and Jon Rotheram, the duo behind The Marksman. The savoury buns they’ve become so famous for at their Hackney pub will be the sole focus here, with flavours including Welsh rarebit and mushroom, and beef and barley with horseradish cream.

Gopal’s Corner by Roti King
Another exclusive, the Market Halls team have lured the ever popular Roti King to open a new spot serving a Malaysian Tamil menu featuring dosas and curries.

Koya Ko
Another Koya is awlays welcome, and following the launch at Bloomberg Arcade, the team is bringing its udon noodles and small plates such as chicken nanban to Victoria.

Baozi Inn
One of the best openings in London this year, Baozi will be serving up its incredible fresh dim sum at Market Halls.

Super Tacos
With restaurants in Clerkenwell and Soho, the Breddos boys will be slinging tacos such as charcoal chicken and spit roast pork.

Monty’s Deli
Knockout pastrami and reuben sandwiches from the Monty’s team. You WILL need to lie down afterwards.

Nonna Tonda
Traditional, handmade pasta inspired by James French’s extensive travels around Italy and apprenticeship at the Michelin-starred l’Erba del Re in Modena.

Flank
With a site in Spitalfields Kitchens, this will be Flank’s second outpost, serving pork nuggets and beef shin dumplings.

Fanny’s Kebabs
‘Posh’ kebabs that caused a bit of a controversy when they opened in Stoke Newington.

For the latest LOTI stories, exclusive offers and competitions, get our newsletter in your inbox and subscriber below…