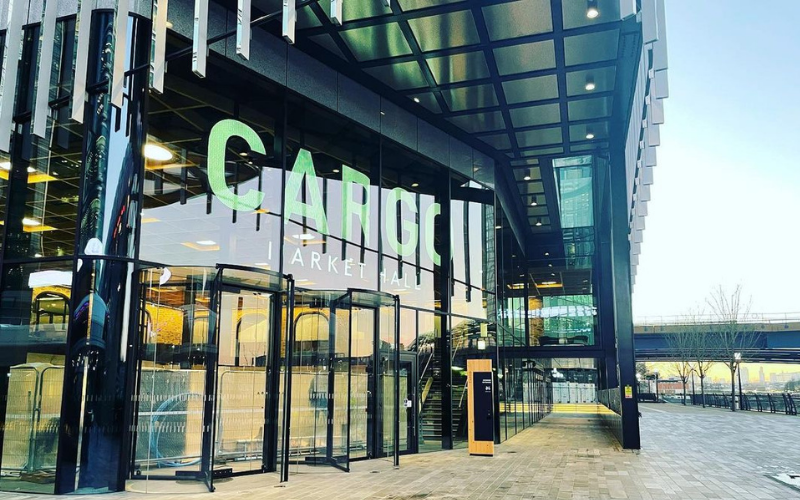 Market Halls, one of London’s best food halls with locations already in Victoria and Oxford Street, will soon be opening a third site and this time the team is heading to Canary Wharf. Not only will the new location feature a line-up of local restaurants and bars, but a bunch of community-led events too including mindfulness sessions, book clubs, fashion swaps and local artists exhibiting their works.

Food-wise we can expect eateries that are already firm faves at the other sites, including Gopal’s Corner (from the team behind Roti King), DF Tacos and Baoziinn, alongside some newbies to the Market Halls scene like Le Bab, Pasta Evangelists, Black Bear Burger and Inamo Sukoshi, with the promise of more names being announced soon. Market Halls Canary Wharf Cargo as it’s gonna be known, will be open from 8am right through to 11pm so it’s got you covered from brekkie to office lunches to post-work dinner and drinkies. Rumour has it there’ll be opening offers up for grabs too, so you’re gonna want to watch this space for more.