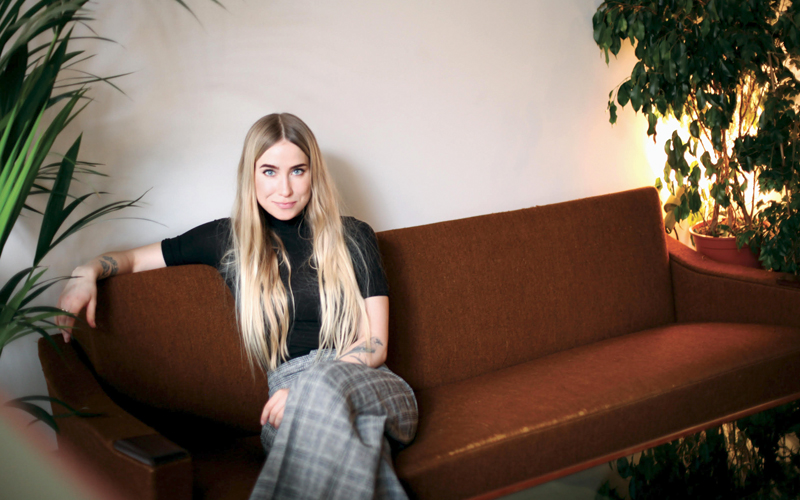 Moving to London from Norway in 2009 to start a career as a freelance architecture and interiors photographer, this LNDER is now one half of café-bakery, yoga studio and shared workspace Benk + Bo (reviewed here). With a keen eye for style and design, Benk + Bo is an amazing space to experience. Meet the boss, Mariell…

I live just by Columbia Road flower market. I moved down there from Wilton Way earlier this year and so far I’m really enjoying it as it means I can walk to Benk + Bo in just 15 minutes. What I like the most about my new hood is that is is so central as well as being tucked away from the worst Shoreditch noise. Living right between Sager + Wilde and Campania can certainly be a little dangerous that’s for sure.

In the weekends I will still do my walk through Broadway Market, pick up vegan lunch from Netil Market, through to Dark Arts for a sweet sweet black filter coffee, people watching all through Chatsworth Road and pick up a treat from Millfields Coffee before I wonder in to Walthamstow Marshes and the wetlands which is such an amazing area to rest and get away from the city. 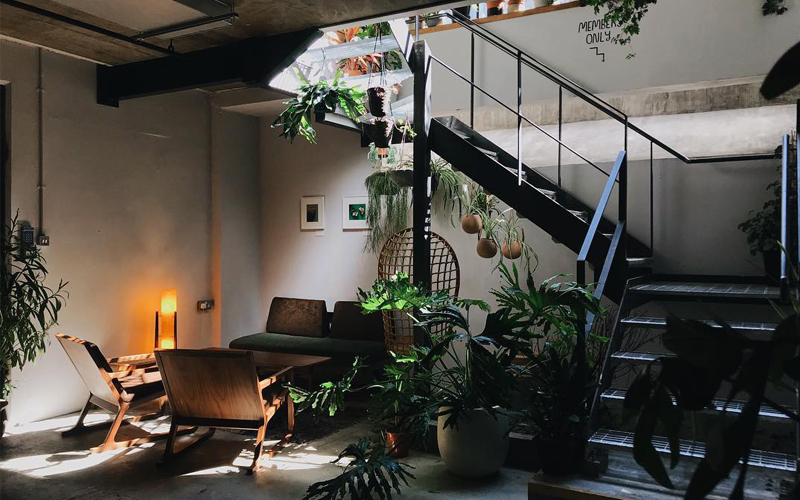 What inspired you to set up Benk + Bo?

Benk + Bo is rooted in our love for hosting, Antonys granddads bakery in Wales and my upbringing on an arctic rural island in Norway. When we first got to know each other 9 years ago we would host large dinners for our friends at our house. We had a dream back then of opening up a photographic darkroom and bakery hybrid.

When I moved to London in 2009 I quickly started missing a friendly and open space where you could just hang out all day as if your own living room, but still with the opportunity to meet new faces. You have the exclusive members clubs around in London, but that isn’t necessarily an affordable option for freelance creatives. The standard co working spaces are also quite sterile and in my eyes not nourishing for the creative mind. For us it is crucial that the people who visit us feel welcomed, at home, and that their day is fluid rather than being stuck at one desk for the whole day. All our members also get yoga included in their membership. We have public classes running three time per day. Already we have seen some of our members who had never done yoga before getting really into it. These are the things that make it all worthwhile, when people get inspired to push themselves out of their comfort zone and explore new sides of themselves they didnt know existed.

The space looks amazing, tell us about the design process.

Aw, thank you! The design process was not your usual approach, and we have learnt so much. It all started with me having a very strong idea (maybe too strong!?) of how I wanted every corner and detail to look like. Ive been obsessing over mid century furniture and design since I was in my early teens, so it was like a dream come true to finally be able to furnish a 3 story building. When we first got the keys the site was in a very very very poor state. Nothing had been done since the 70s and it was purple carpets, dropped ceilings, asbestos everywhere and generally no clean surfaces. We started with ripping out everything. Ceilings, walls, floors. It all had to go. Underneath we found beautiful concrete and gained almost half a meter of ceiling height from removing the dropped ceilings.

The first thing we decided on was to knock a whole in the floor and install a staircase to let some natural light in to the basement. To do this, we had to get an architect on board getting the drawings together for the building application and we started working with Christina Forsberg who is a dear friend of mine. She designed all the metal work for us. Staircase, crittal doors and cafe shelving.

We wanted to work with the original brutalist architecture of the building and play on the aesthetics from this era and managed to find 80sqm of iroko parquet on eBay for a real bargain. We picked it up in Brighton in two van loads of rubble bags, and it took us 6 weeks to lay. It was a lot of labour involved but definitely worth it. All the furniture and most of the lighting is also from eBay.

Towards the end of the process, I started to realise that I couldn’t obsess about every detail, like wanting porcelain light switches. It was also a steep learning curve to let other people have a say on the design, as this had been my passion since the very start of Benk + Bo and in my head, there was only one way to execute it. Through the whole building process, we were listening to the building and its needs, and the yoga studio was actually meant to be an art gallery up until a few months before opening.

Two months after we opened up to the public we actually refurnished the ground floor completely. It used to be just a row of desks but we decided to furnish it more like a lounge and it all fell in to place.

The piano practice room is quite an unusual thing to have in co-working space, why did you decide to include it and what songs have you heard people playing?

I’ve always wanted to learn how to play the piano, and one of my good friends was in the process of learning how to play so I found that very inspiring. We had this little room that we wanted to utilise as something more than just an office. We wanted to add an unexpected but hands-on activity to the building. The room was too small to use as a workshop but it made the perfect size for a piano practice room and so the piano room was born. One of our members is actually a music writer so she plays her own songs, but I have heard one of our other members practising Für Elise. 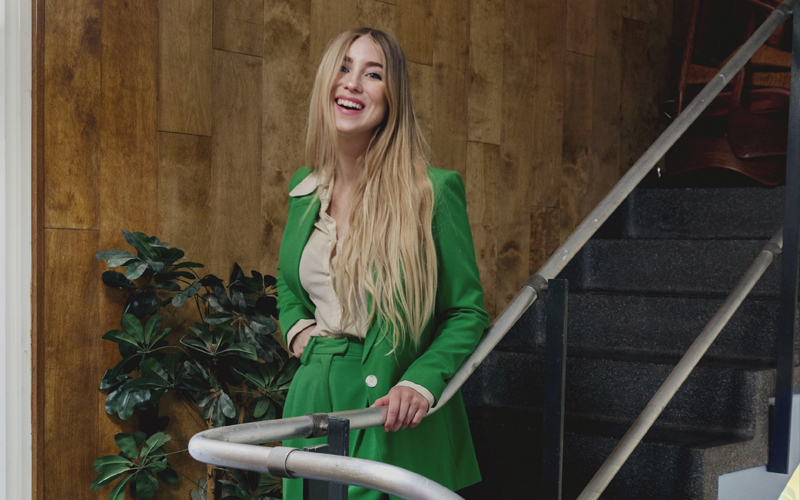 My perfect day would be to wake up early on a Sunday and spend the first hour of the morning reading from bed with a black coffee in my hand. After a shower, I would stroll out and meet my friend for our usual Sunday date at La Bouche where I would have a goats cheese quiche. The rest of the day would involve little planning, but just a day filled with no public transport and lots of walking and exploring of streets and buildings I have not seen before. I have recently started visiting these old random buildings that I find interesting, and from that discovered one of my new favourite architects. Berthold Lubetkin! A Russian modernist who has such a great sense of form. You might already know the look of the penguin pool at London Zoo as an example, that’s him. Then we’ve got The Highpoint in Highgate and the less known Bevin Court in Angel.

As an example, that tall estate right at the beginning on Columbia Road is a real Lubetkin treasure that no one raves about. It is nearly falling apart on the inside and it is super dodgy in there, stepping over needles and condoms making my way up to the top. I walked in there a few months back and was absolutely blown away. Since then I have tried to visit as many Lubetkin buildings as possible in my spare time. The perfect ending to my perfect day would be a dinner with a handful of friends that ended early enough to get a couple of hours at home before falling asleep to the sound of rain.