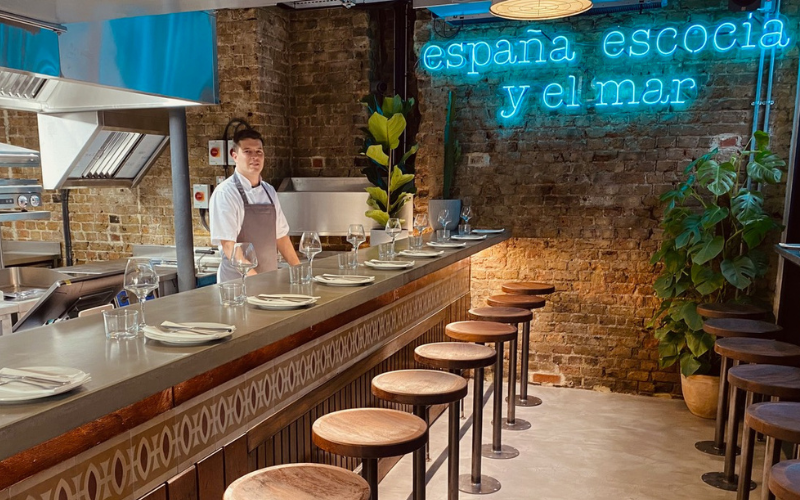 He already runs Bar Esteban in Crouch End and Escocesa in Stoke Newington, and now Stephen Lironi has opened his third spot, Maresco, a 48-cover spot with a central counter dining area and large windows opening out onto the streets, in Soho. Named after the Spanish words for sea (‘mar’) and Scotland (‘esco’, short for ‘Escocia’), the restaurant was inspired by Lironi’s childhood visits to Spain and a Guardian article that detailed how the best Scottish seafood was exported to Spain.

Stephen, along with Head Chef Pablo Rodriguez and General Manager Naroa Ortega (who are also partners in the other two sites), will be showcasing that Scottish seafood through a Spanish lens, cooking it with some of the best Spanish ingredients, with Spanish low-intervention wines and sherries on the drinks list. The purposefully short menu includes the likes of:

Accompanying that is a daily changing specials board that will revolve around the restaurants’ deliveries of seafood from Shetland. Fans of seafood, this one’s for you.