Deptford has forever been ‘up and coming’ and although there’s always been plenty to love about the area, it’s never quite been one of London’s hotspots. In the last couple of years its seen a real transformation however. Yes, like neighbouring Peckham and much of the rest of south London, the gentrification wave (maybe more of a ripple) has hit Deptford and its now home to trendy cafes, bars, and restaurants. Sandwiched between well-heeled Greenwich and the art students of New Cross it was only going to be a matter of time before Deptford had its day and now there’s plenty to explore in the area. Although some old businesses that gave the high street a lot of character such as The Egg Shop (which, yes, only sold eggs) and AJ Goddard pie and mash shop have sadly closed in the wake of a changing demographic there’s still plenty of south-east London charm alongside your more standard hipster tropes.

Deptford Market Yard is probably ground zero for the new face of Deptford, a pedestrianised square of cafes and restaurants that surround the station. One of the best new restaurants in the area is Marcella, an Italian from the same team that run Artusi in Peckham, although Winemakers give them a good challenge for that title. All in all, Deptford is a great place to visit for both Londoners and tourists alike, especially on Wednesdays, Fridays, and Saturdays when the street market is in full swing. 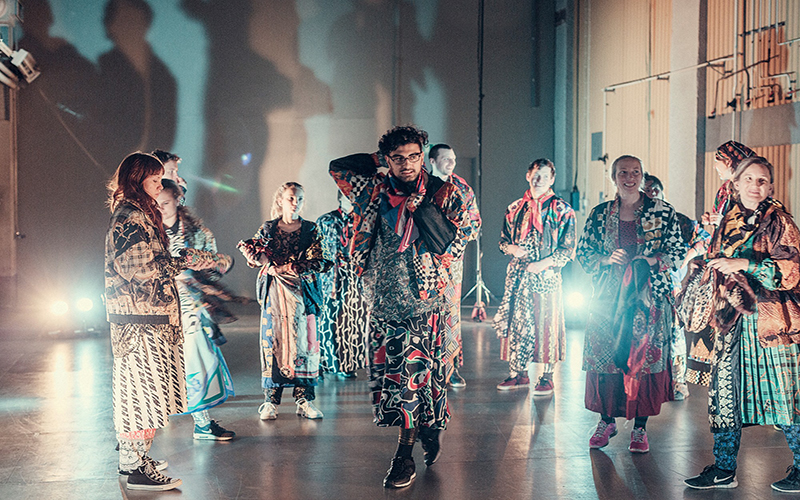 The Albany has been in Deptford for over a century, becoming a radical community arts hub in the seventies before being rebuilt as an arts centre and theatre. Now the space hosts a diverse programme of events, including live music, literary festivals, cabaret, comedy, poetry, plays and more. 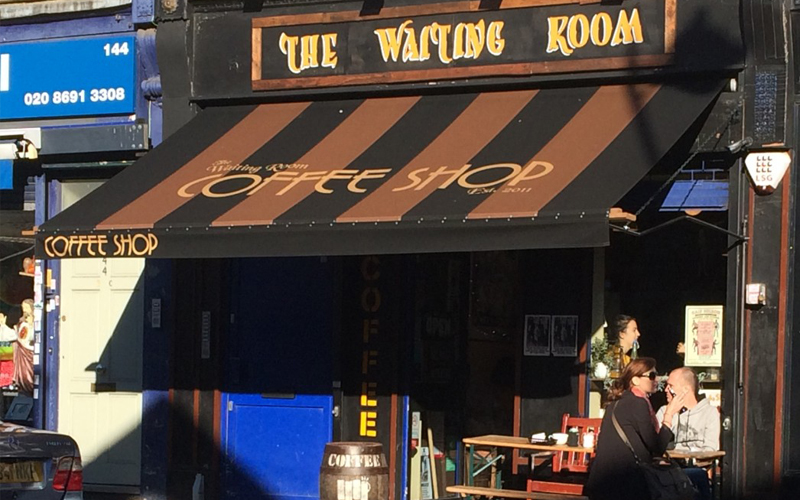 This is the place to come for veggie and vegan food with attitude. The Waiting Room serves up meat-free burgers, subs, hot dogs and the like as well as pour a damn fine cup of coffee too. The cafe hangout also offers a book exchange, yes very arty and speak of, they exhibit local art on their walls too. Snazzy. 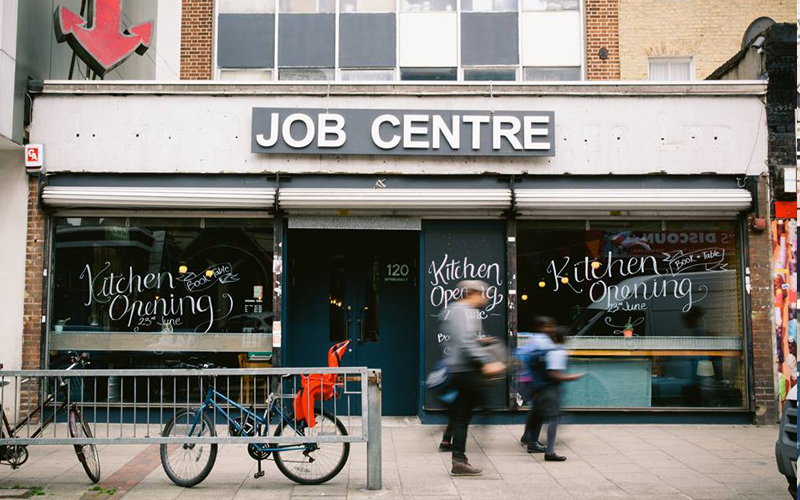 Don’t come here looking for a job as the days of this place being an employment office are long gone. Do come for a bevvy or two and a bite to eat because this version of the Job Centre is in fact a pub. There’s a rotating selection of local beers and ales plus cocktails and wine at the bar, and a European-inspired small plates menu coming out of the kitchen. The langosh – that’s Hungarian fried potato bread – with garlic yoghurt goes very nicely with a pint. 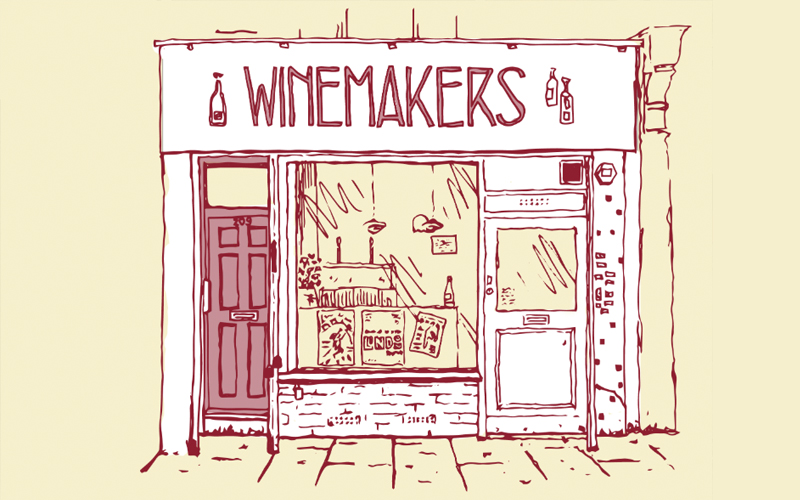 The Winemakers Club, which started out as a shop and bar in the very dramatic arches of Holborn Viaduct, has an outpost in Deptford. The cosy wine bar and restaurant is the kinda place where you pop in for a quick glass of wine and end up having several and pretty much the whole food menu. The menu changes often but there’s some seriously great cooking going on here, with everything from crab croquettes to Lincolnshire poacher souffle to a whole baked sea bass making appearances. 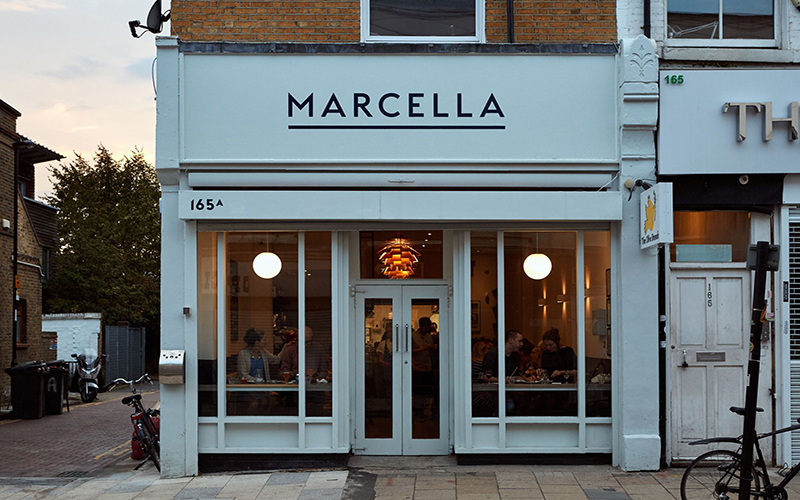 Coming from the people behind the much-loved Artusi in Peckham, Marcella is serving up bangin’ Italian food in SE8. The look and feel is very similar to Artusi, all stripped back wooden furniture, white walls, bare wood, and an open kitchen at the back of the room. The short menu is chalked up on the wall and it’s one of those ones where you just want EVERYTHING. The fried artichokes and saffron arancini are mega, the fresh pasta is up there with the best of them and you’ll wanna leave room for the puds too. 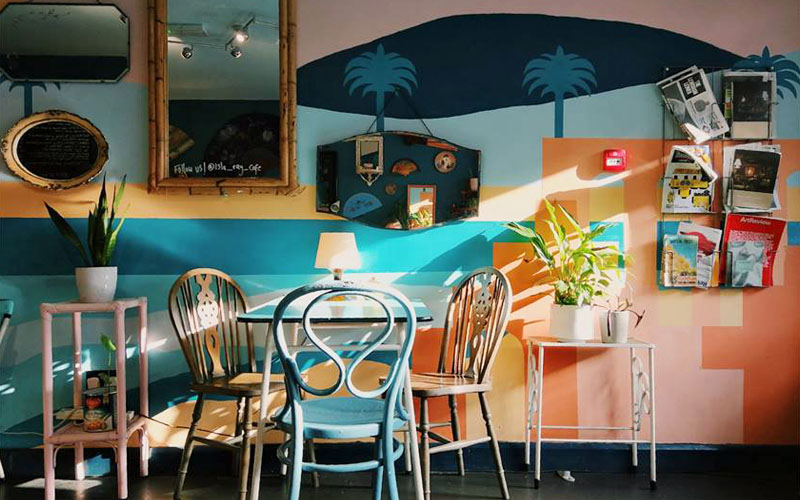 Whether you pop into Isla Ray for a latte and The Isla Special (hash brown, egg, roasted cherry vine tomatoes, avocado, sriracha mayo and coriander) or a couple of cocktails and some live music, it’s a bloody cool place to hang out thanks to the retro tropical decor. 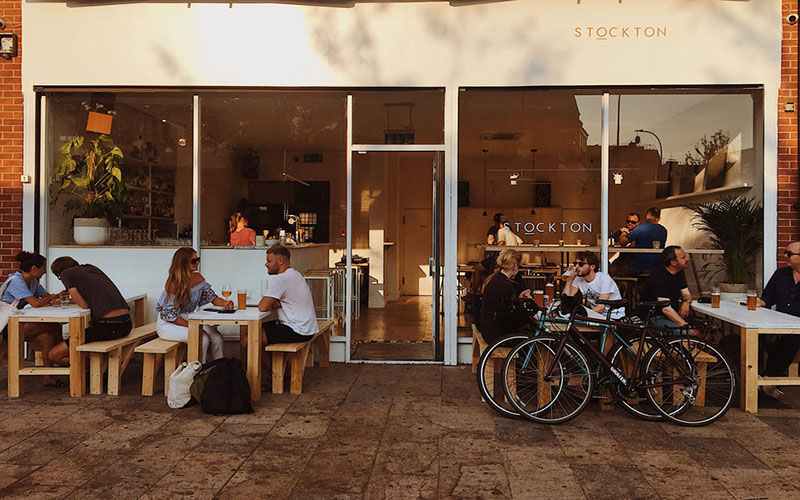 From the same team behind Buster Mantis, cafe/kitchen/cocktail bar Stockton has you covered from brekkie through to late night, with eggs and coffee, a dinner menu, cocktails and beer from neighbours Villages Brewery. 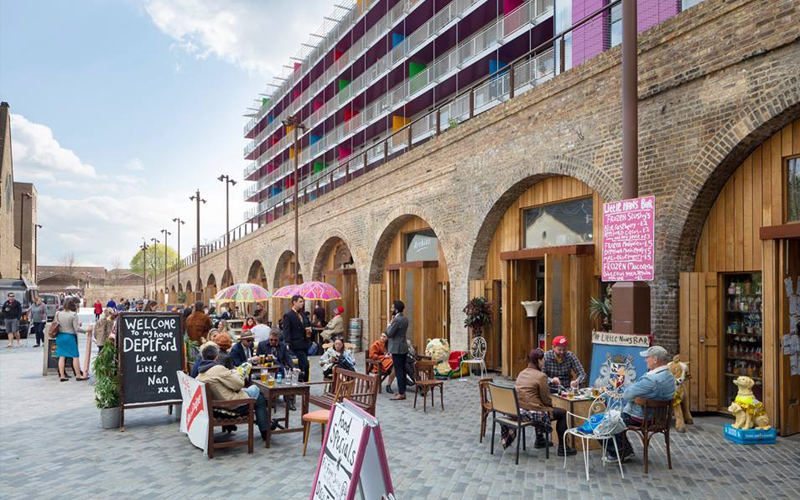 Housed in the railway arches near the station, Deptford Market Yard brings together some of the best local start-ups and independents including Mama’s Jerk (Caribbean street food), Little Nan’s (cocktails), The Box (hairdressers), Hank’s (burgers), I You All (creative studio and shop) and Taproom SE8 (beers). It’s a real one-stop shop. 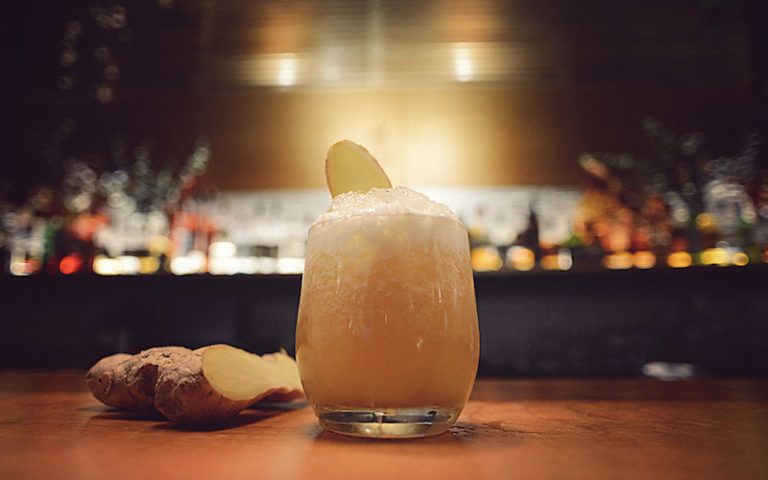 It’s Jamaican vibes all round at Buster Mantis in Deptford. And we’re not just talking jerk chicken, oh no they’ve got the rum down to a tee too. The bar puts a spin on classic rum cocktails, think lychee martini and an orange dark ‘n’ stormy and for those who want to go all in give Mama’s Punch a go – but don’t blame us if you can’t walk home… 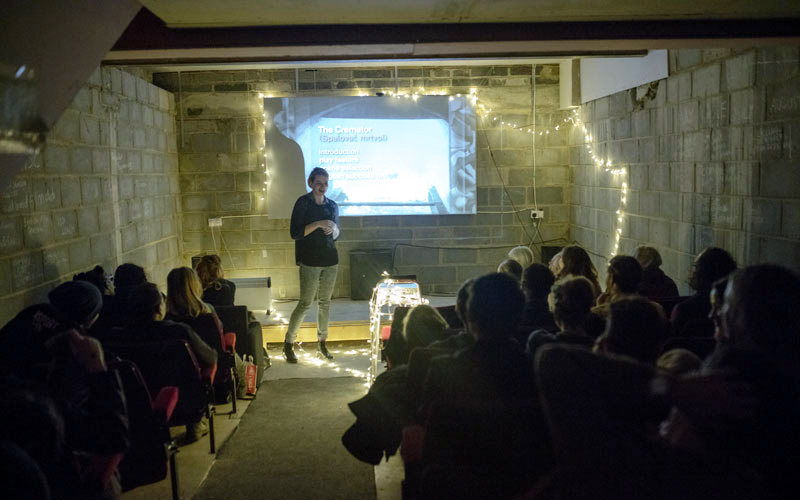 The not-for-profit, community-led Deptford Cinema is the oldest operating cinema in Lewisham (which didn’t even have a dedicated cinema before this one) and the whole ethos of the place is about making cinema more accessible. The programme is really varied, with seasons including Nordic Film Nights, Directed By Women, Latin American Cinema and Sci-Fi Sundays, with programming open to anyone who wants to get involved. It’s a must for film buffs. 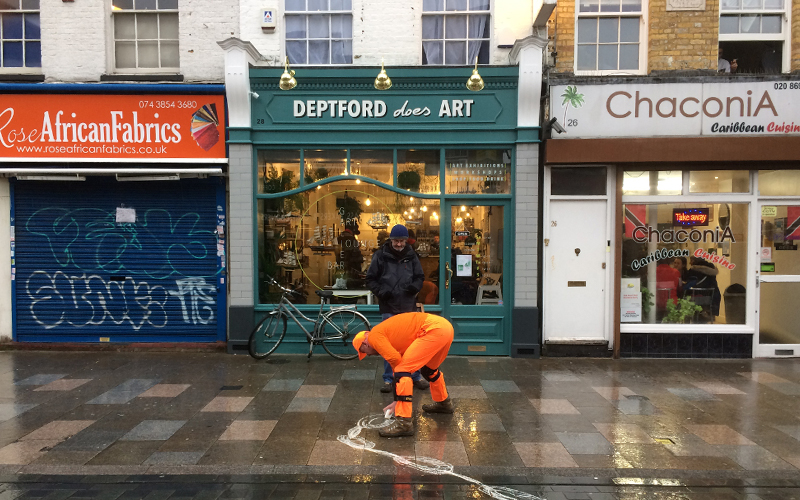 Deptford Does Art does exactly what it says on the tin, and then some. Run by Zuzana and her husband Dan, it’s a gallery that exhibits local art, with the artists that show in the space providing workshops and talks. There’s also a shop selling prints, cards and gifts in there, and a vegan cafe. 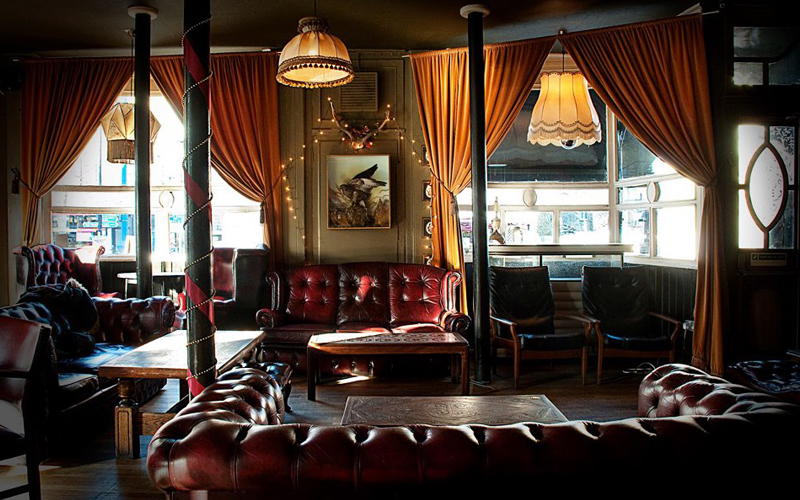 With original Victorian etched windows, a patio, eight real ale and cider taps (with more locals brews behind the bar), pub grub, a billiards table, DJs, live music and a regular quiz, the Royal Albert has everything you could want for in a local. 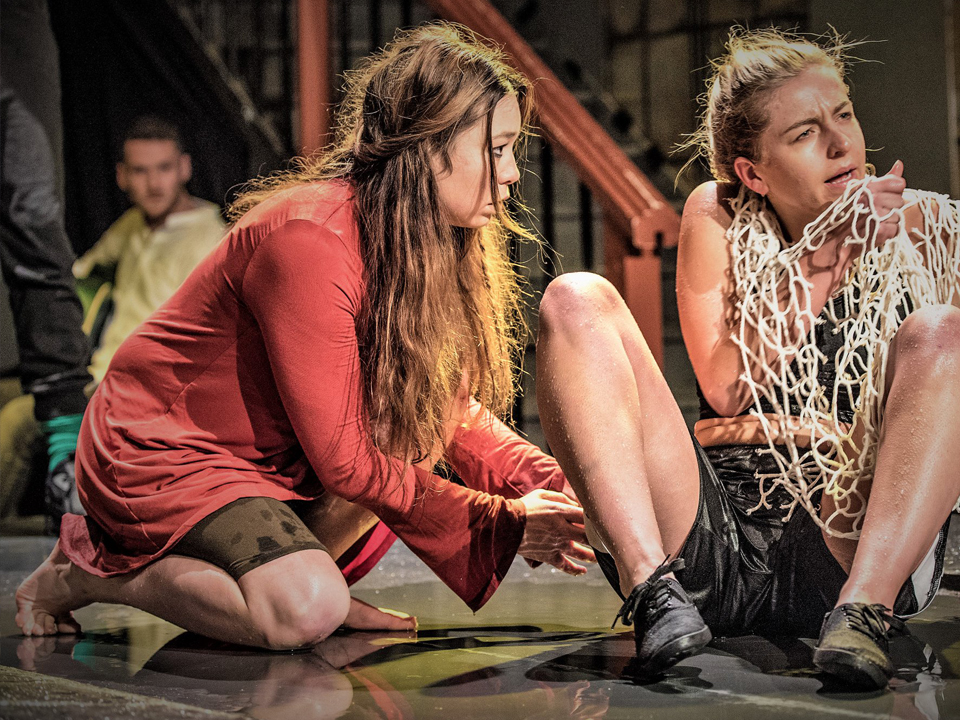 The Matchstick half of this venue is a theatre and arts space that hosts everything from new plays to live music to cabaret nights – The Crass Menagarie and Phantasmaglorious are just two of the regulars. The Piehouse half, well that’s pretty self-explanatory…it’s the bar/restaurant where you can get pie, mash and gravy. 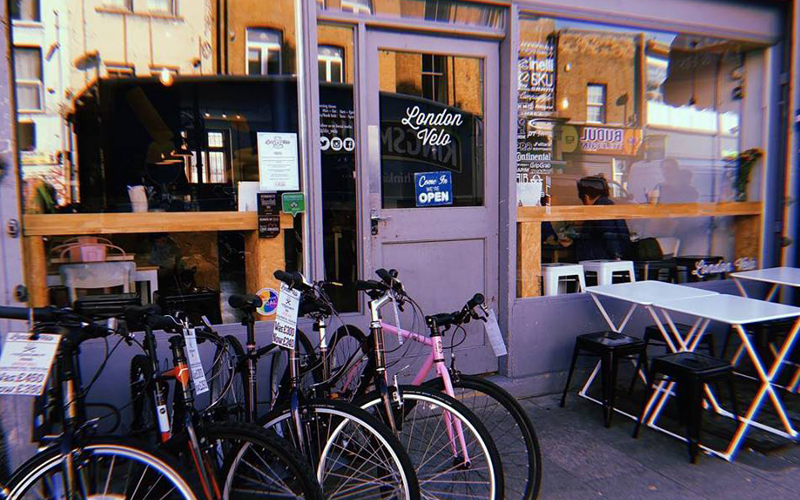 Part-cafe, part-bike workshop, London Velo is the place to come if you want a coffee, a tune-up or both. The cafe works with Union Coffee on its blends, so you can be sure you’re getting a very decent brew, and serves Brick Lane bagels. On the workshop side, there are two full time mechanics on-site, so you can be sure your bike is in good hands. There’s even a London Velo Cafe Cycle Club with regular social rides. 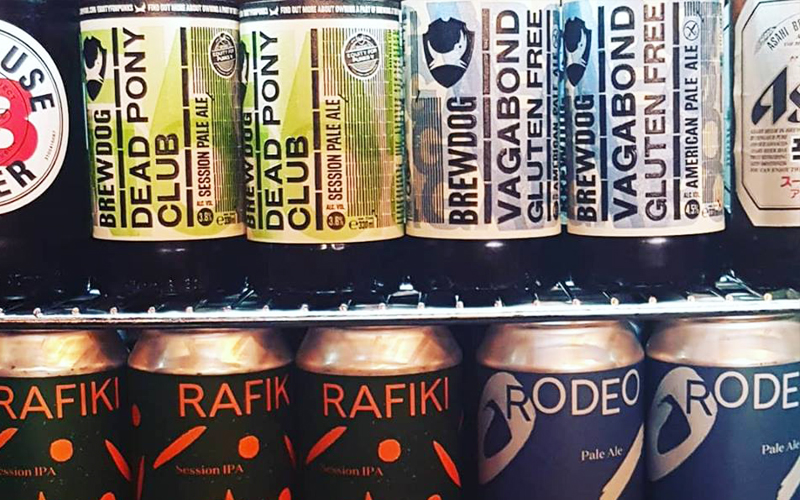 Ever been to a biltong bar before? No? Well, get down to Big John’s, the first of its kind in London. Obvs biltong is on the menu but it’s not the only food to be found here – you can get wings, mac & cheese, pints and cocktails too. 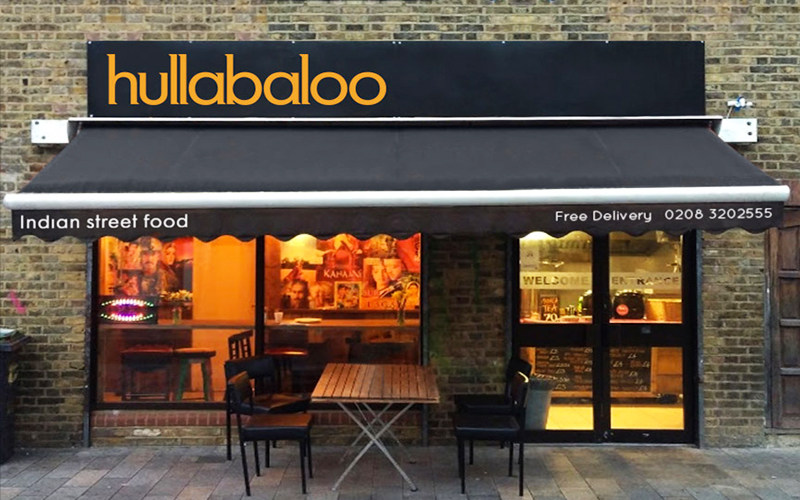 This Indian restaurant is tiny – like just a handful of tables tiny – and it’s really popular with locals so you may have to join the crowd (although they do offer takeaway). Any wait will be worth it though because the food is consistently great. It’s a vegetarian menu, with plenty of vegan options, and at very wallet-friendly prices too. 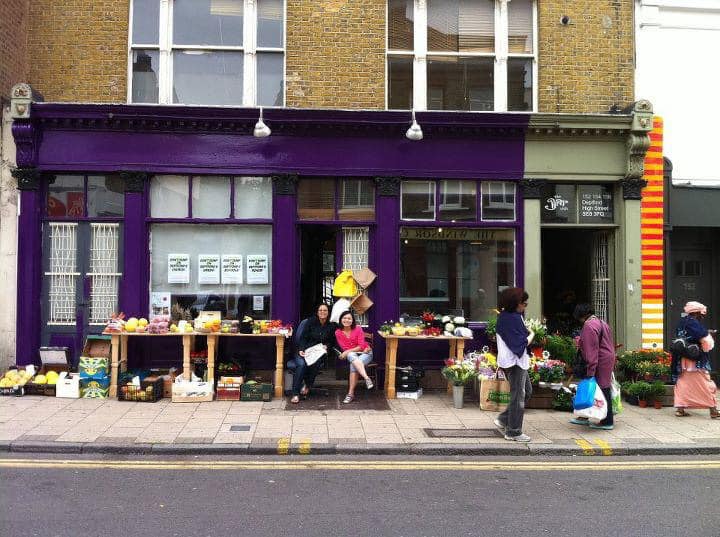 Deli X is the place to stock up on all your wholefoods and sustainable goodies. There are lots of organic and artisanal groceries on offer, refill stations for cleaning products so you can cut down on your plastic use, and a cafe so you can take a break from your shopping with a coffee and some veggie grub. 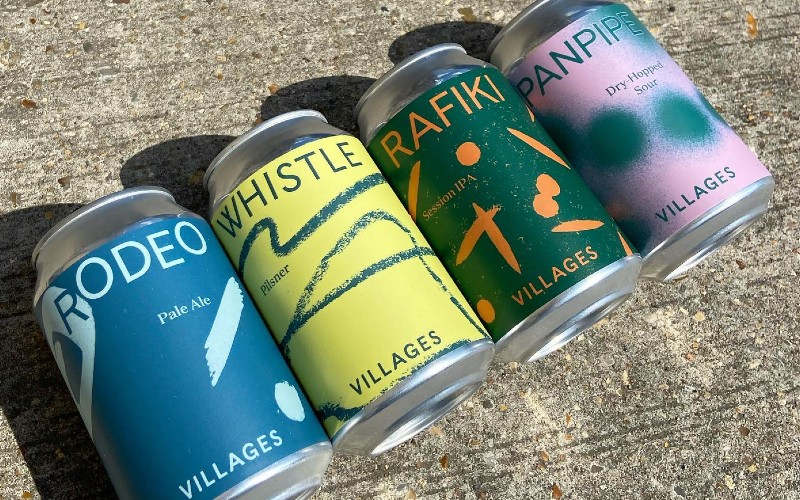 Villages is two brothers brewing beer, bringing people together to do things that bring people together. Confused? Their words, not ours. Basically, they are two good guys brewing good beer from their brewery in Deptford. They are the makers of sessionable and seasonable crafts; our go-to regular is the WHISTLE lager but the RAFIKI IPA comes in close at second place. Their taproom is where we want to be on a sunny London eve, sipping on fresh beer and feasting on Jamaican food from Buster Mantis. 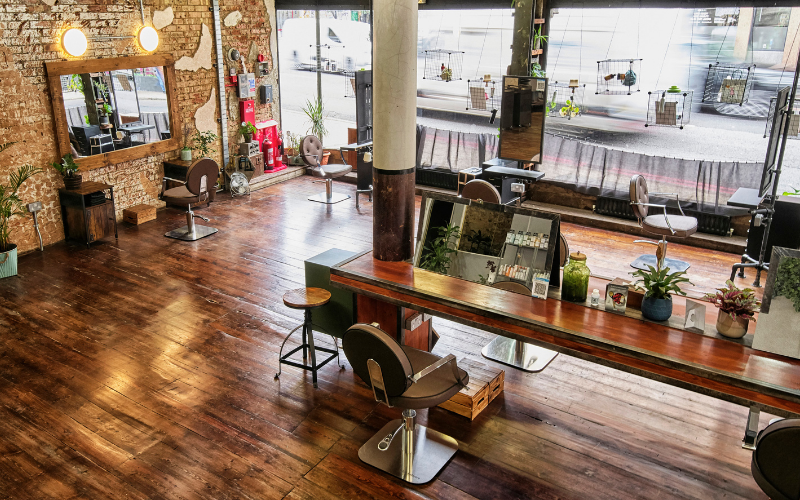 If you’re after the chop in Deptford, there’s one place you should head for and that’s The Bohemians. As the name suggests, it’s boho vibes all the way with lots of exposed brick, vintage and repurposed furnishings (in fact 80% of everything in the salon is recycled and their working towards making that 100% by looking at ways to recycle hair), and plenty of foliage. Inclusivity is also big for The Bohemians; they have gender-neutral pricing, so you’re paying based on the work and on the stylist’s time, and they’ve recently introduced the option to book a silent appointment for those who find it difficult to chat during haircuts or for those who just want some quiet time in the chair. They also use Oway colour at the salon, which offers 100% colour payoff and grey coverage whilst also being vegan, ammonia-free and made with biodynamic and organic ingredients