Whether you like your craft beer hoppy, fruity, stouty or all the above, we’ve hopped around London to find you some of the best places for craft beer…and we have the hangover to prove it! 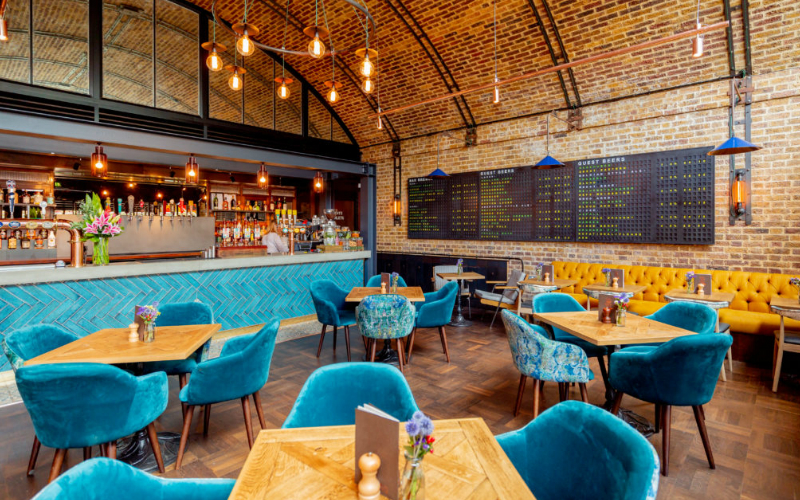 Launched in 2013 Brewhouse & Kitchen is a brewpub chain and has three sites in London – Highbury, Islington and Hoxton. Brewhouse & Kitchen Hoxton has its own microbrewery on site and has a rather extensive list of beers on the menu. If you’re having trouble deciding there’s the option to get a beer flight, which gets you three thirds of different pints. And for all those who are extra barmy about beer the Brewhouse & Kitchen’s new summer menu includes Beer Can Chicken. The beer infused dish involves chicken coated in a special dry rub and roasted over a can of Brewhouse’s American Pale Ale that comes with a choice of three different beer sauces – bar-beer-que, garlic beer butter and spicy sriracha & honey beer sauce – served in a beer can for you to pour on yourself. So if reading this has got your mouth watering then be sure to check it out. 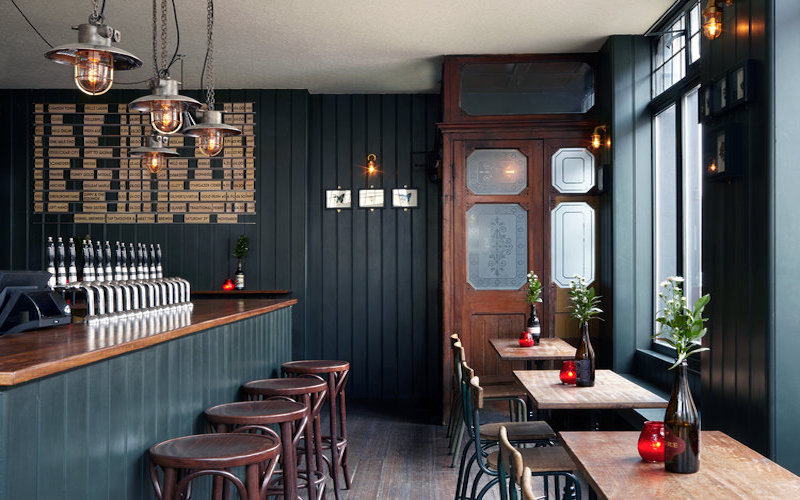 What may look like an old school boozer perfect for the Krays, is actually a craft beer haven away from the hustle and bustle of Bethnal Green Road. Check the board for a list of sort-after beers but it’s the collection of cellar-aged beers we’ve got our eyes on! Our mate Oli from Kill The Cat marks this out as his favourite pub in the East End, so go grab a cheeky ‘alf if you’re nearby. 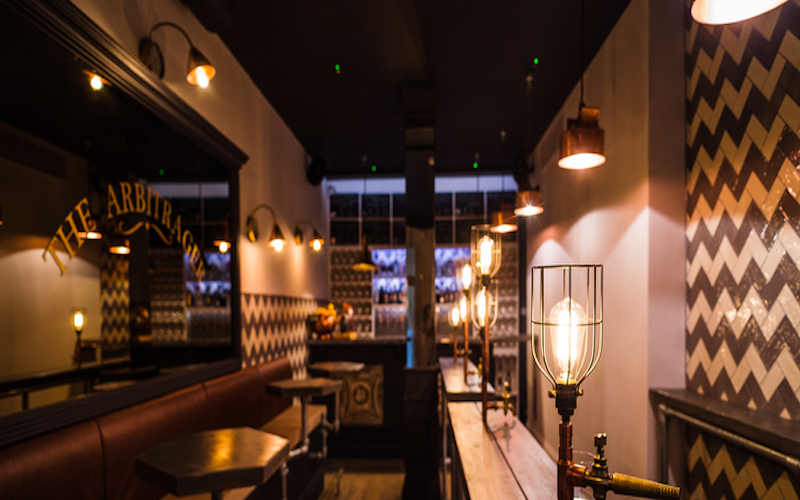 The Arbitrager may be hard to say (especially after a few cheeky pints) but it’s not hard to see why people come here, as you’ll only be served London’s finest here! That means London beers from London breweries, London distilled spirits, even London made charcuterie and cold bar snacks. It’s enough to make you want to shout out in 300 style: THIS IS LONDON!! 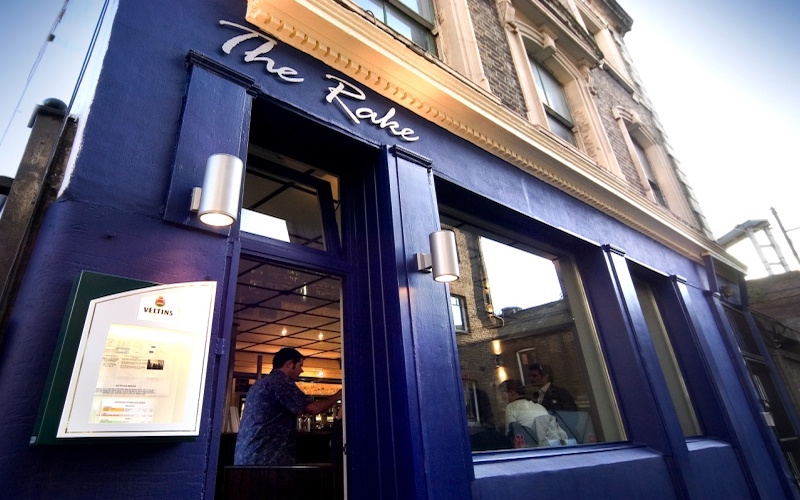 We love coming down here to see all the brewers’ signatures on the walls, and with the regular tap takeovers, we look forward to seeing more. If you hang around long enough you’re bound to rub shoulders with most of the brewing industry, which is pretty much royalty to us craft beer lovers right? In which case, ALL HAIL THE RAKE! 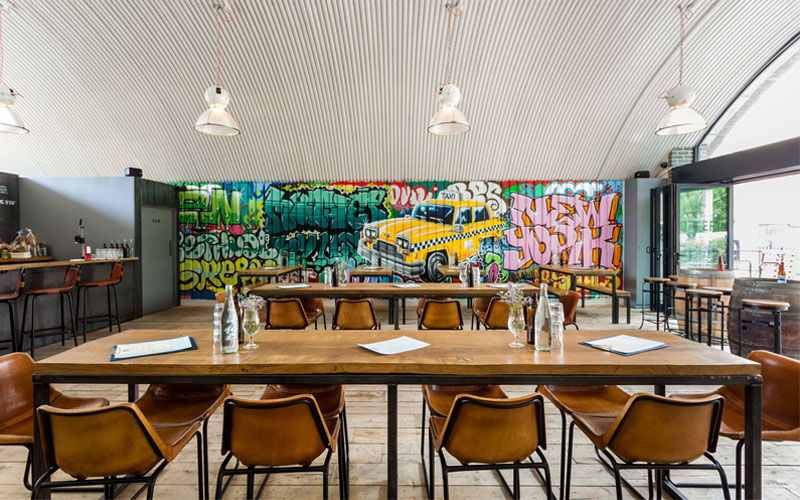 Like us, Dan Lowe of Fourpure is a big fan of Mother Kelly’s. “This great bar and bottle shop always has the very latest one-off and seasonal beer releases on their taps, and their fridges are bursting with amazing beer from around the globe.” Let’s not forget the cracking outdoor space, perfect for ‘craft beer and chill’ in the sun. 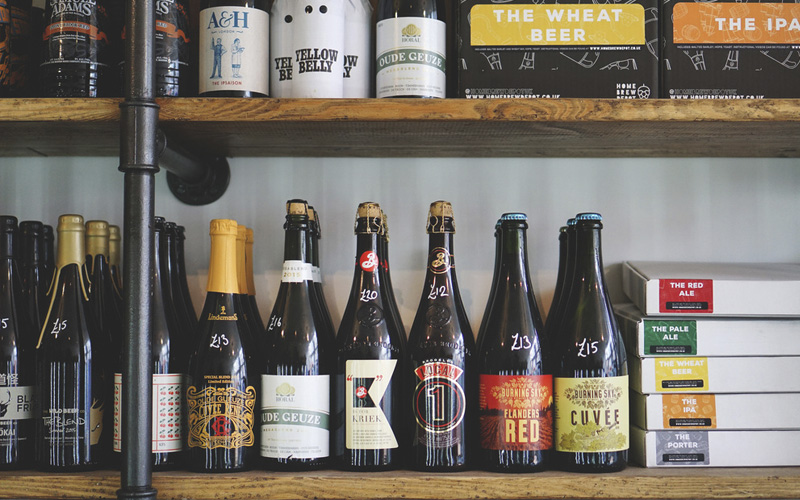 “Caps and Taps is one of the coolest bottle shops in London” is what Sharona from Left Hand Brewing told us after we said we were adding them to our list. She loves popping in for those beers that are nearly impossible to find anywhere else – and it’s safe to say we’ve travelled down to make sure we get them too! We love popping down for their events, which normally includes trying a number of rare beers, which saves taking out a second mortgage to buy them all. Let’s face it, we only need a sip of each to check them into Untapped anyway, right? 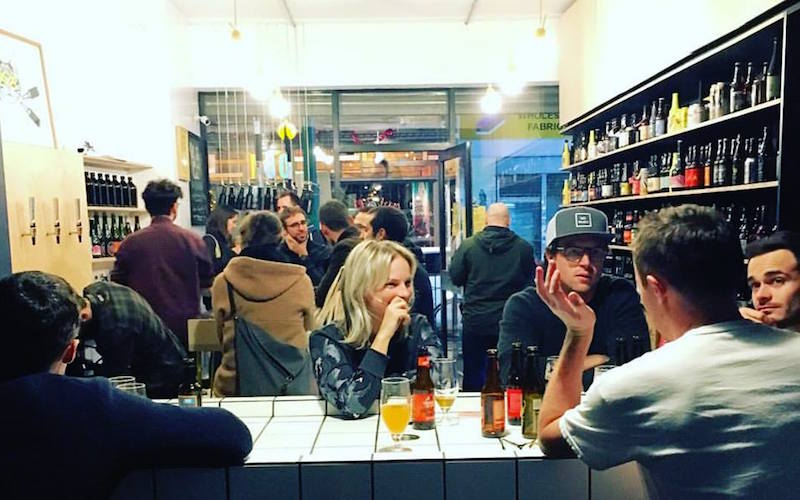 This isn’t a taxidermist or a satanic group looking for cat sacrifices, the name clearly relates to curiosity…remember? Curiosity KILLED THE CAT (penny drop!) Whether you are new to craft beer or a straight up craft beer legend, Kill The Cat caters for all, with their shelves in order of how curious and adventurous you are feeling. This is very much a hidden gem down Brick Lane, with a chilled atmosphere that will have you cracking open a beer and chatting for hours with the staff about which Cloudwater DIPA was your favourite! 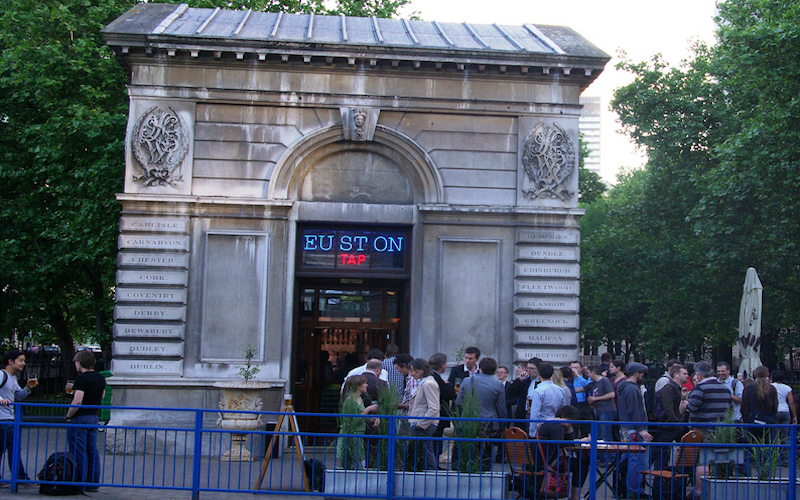 A pilgrimage for any craft beer lover has to be Euston Tap. And with East Lodge across the road (taking over what used to be Cider Tap) it means there’s an even bigger selection of beers to choose from. It’s pretty tight for space, so feel free to take your pint outside, perfect for when the sun is shining! Don’t have time for a beer? No worries! They have over 150 bottle beers to choose from that you can takeaway…perfect for that much-needed train beer! 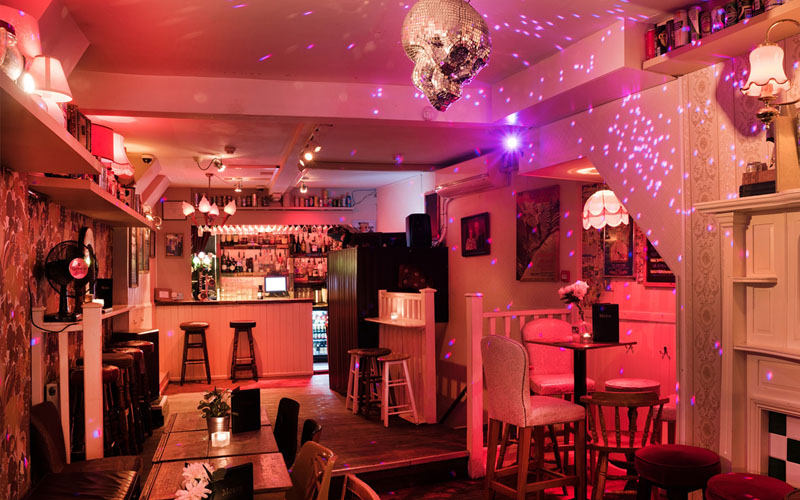 Jaeger Wise, Head Brewer at Wildcard Brewery, is a big fan of Biddle Bros. What was once a builders merchants, is now a bar come venue. You could be relaxing by the bar making conversation with strangers, or you could be one of the many people squashed inside listening to live music. Other sites keep bringing up the fact that they serve Boddingtons here – like that’s the reason to go! As Jaegar says “having a pint of excellent beer, normally from breweries in East London, is just part of this bars core.” Did we mention there used to be a parrot in here too? 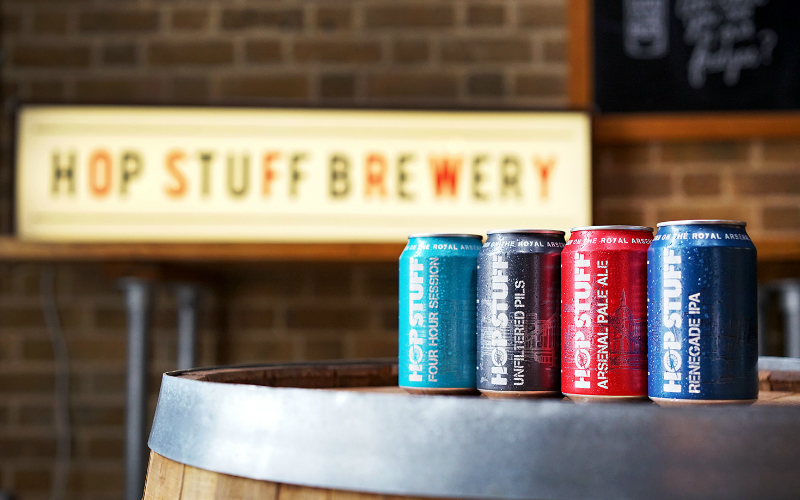 South East London brewery Hop Stuff is expanding with a second taproom, which’ll be opening in Deptford’s Market Yard in late 2017. Like their flagship bar The Taproom SE18, the SE8 outpost will serve up their signature brews, including the Renegade IPA and Four Hour Session. 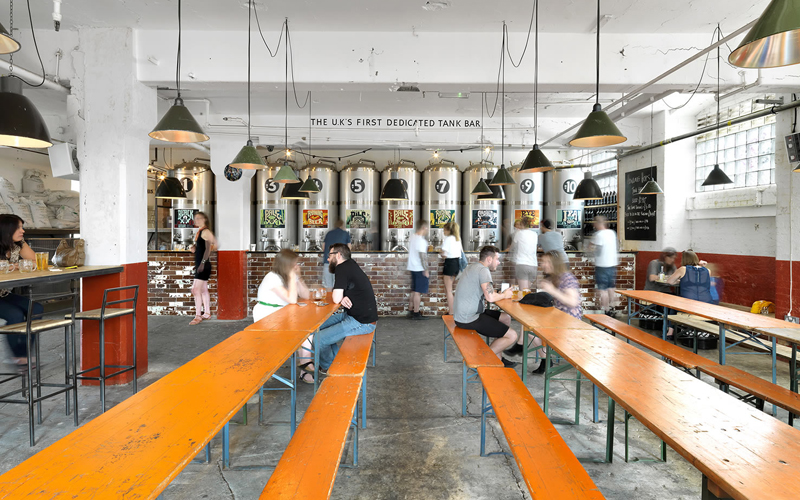 Howling Hops opened Hackney’s first brewpub, The Cock Tavern on Mare Street, back in 2011. And that’s a claim to fame if we ever heard one (the pub also went on to win an award for its pickled eggs). Their motto is ‘brew interesting beer’, and this is exactly what they do, with unfiltered, unpasteurised, vegan brews. Howling Hops lists no less than 80 brews on their website, and that’s just the most recent releases. But before you take a deep dive into this almost never-ending list, the brews you need to look out for are the Tropical Deluxe and House IPA, which are the ones you’ll probably find most often around London – and for good reason, as they’re both deeeelicious. For a wider selection, head to Howling Hops’ Tank Bar in Hackney Wick, where you’ll get to try the brewery’s beer fresh from the tank. Thirst quenching.