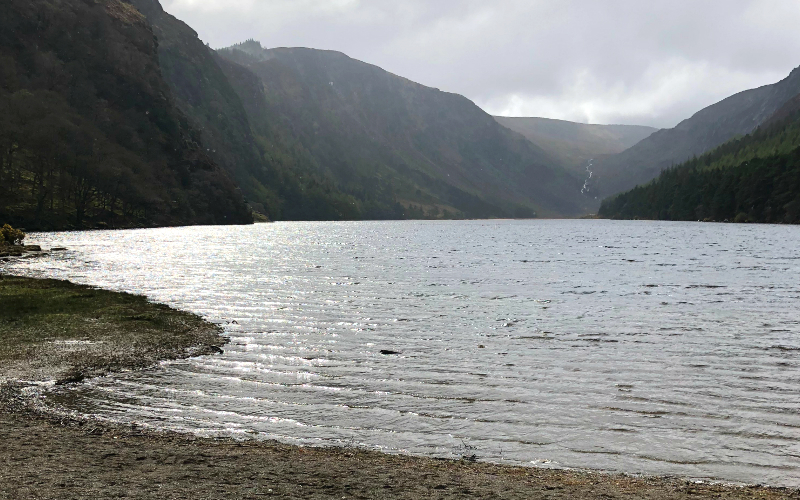 Glendalough, the “glen of two lakes” in County Wicklow, itself known as “the garden of Ireland” is home to the Glendalough distillery, which is making some of the best craft Irish whisky and gin around. Since London’s love for gin is still as strong as ever, we went over to Glendalough to see just how the stuff is made – and to drink some too.

Set up by five mates who abandoned their city jobs to make booze, the distillery is very much inspired by the local area. Not only have they taken its name but they’ve taken St Kevin – a monk who lived in a monastery in Glendalough (the ruins are still there to explore) and became known for his fortitude – as their logo. He appears on every bottle along with beautiful imagery of the lakes. It make sense as what sets this gin apart is the use of local foraged ingredients; its award-winning Wild Botanical Gin gets its flavour from wild flowers and herbs like gorse, elderflower, wood sorrel, lemon balm, watermint and sweet woodruff.

Geraldine Kavanagh of Wild Wicklow Foods oversees this aspect of the gin-making process and she put us to work, picking and forgaing some of those very ingredients in the (wet as it turned out) Wicklow mountains. If you’re ever in that part of the world we can highly recommend going out on a foraging walk with Geraldine, she’s an encyclopaedia of knowledge and you get to explore some proper Irish countryside.

The distillery itself is still small scale at the moment, although a much bigger, purpose built place nearer the forest and lake is in the works. The gin is produced in one copper pot still and we were talked through how the process works and the way that the wild ingredients are used. The freshness is key as it allows the essential oils to be released better, meaning the gin ends up with much more flavour. Nothing is automated either, every batch is cut off by taste and smell, so it really is craft distilling.

Naturally we had to taste some, all in the name of research of course. You can really taste the nuances in each of the seasonal gins that Glendalough produces – the spring and summer batches are lighter and fruitier, with more warmth coming through in the autumn and winter bottles. The Wild Botanical Gin borrows notes from all four of these, with an immediate juniper and citrus taste moving into a spicy finish.

We also had go on their whiskies, also all award-winning, which get mature in bourbon barrels before getting finished in completely different casks. Their Double Barrel goes into Oloroso sherry casks, which adds a fruitiness; the 7yr Old Single Malt gets finished in Dublin Porter barrels from 5 Lamps Brewery, resulting in dark cocoa and coffee notes; and the 13yr Old Single Malt is the first and only Irish whiskey to be finished in very rare Japanese mizunara wood, so this baby is something special. They’re also going to be using virgin Irish oak right from the Wicklow mountains to age one of their whiskies, although it’ll be a good few years before we can taste that.

If you wanna get on the Glendalough right now, you can at a load of London bars including the Coq D’Argent rooftop, The Ten Bells, German Gymnasium, Ladies and Gents and The Blind Pig.