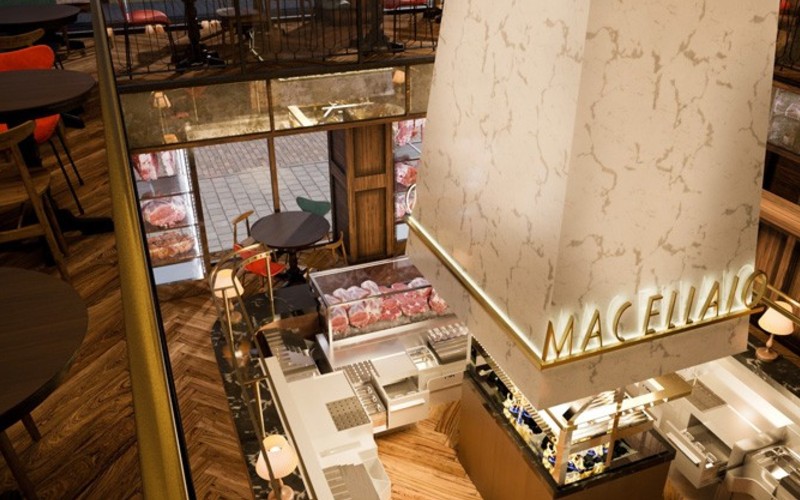 The West End is known for its theatres so it’s only fitting that Roberto Costa and the Macellaio RC team have chosen that as the location for their latest project, Il Teatro della Carne, which translates to ‘butchery theatre’. With a name like that, the new venue is hardly going to be an understated, minimalist affair; instead the split-level, 120-cover restaurant will be centred around an open kitchen and meat counter, where diners will be able to choose the cut and weight of meat (which is all dry-aged for seven to nine weeks) before watching it get grilled.

Steak is the star at Macellaio RC (which has branches in Battersea, Fitzrovia, South Kensington, Exmouth Market and Southwark) and so it will be here, with speciality cuts including dry-aged fassona beef rib and dry-aged T-bone, but there’ll also be aged cuts of tuna and salmon on the menu alongside other dishes like bone marrow with rock oysters and hake steaks. It’s still mainly one for the carnivores though, so get ready for the meat sweats.