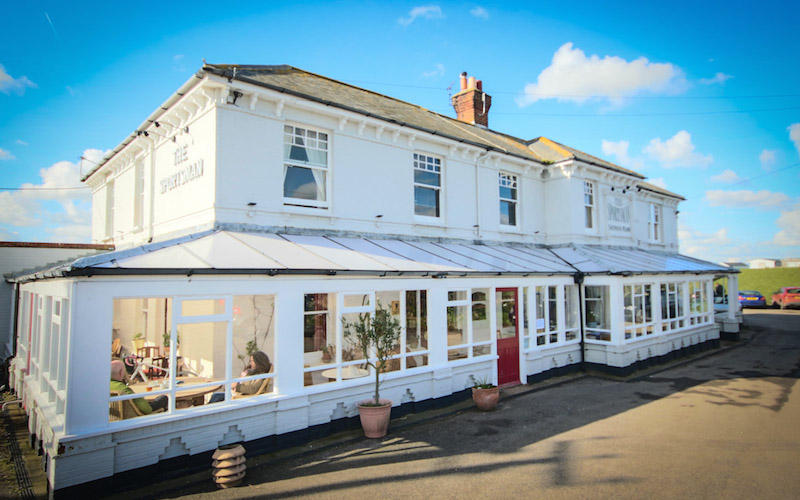 The Sportsman in Kent is no stranger to accolades, being one of the most talked about and celebrated pubs in the country, with a Michelin star and now having topped the National Restaurant Awards this year. On the surface it is still very much a “grotty rundown pub the sea” (as chef/owner Stephen Harris calls it) but what’s going on in the kitchen is indeed worthy of all the awards.

What’s more, it’s unbelievably good value. We stopped by for Sunday lunch recently and stumbled out four hours later after completing the epic tasting menu which was only £65 per person – if it had been double that we wouldn’t have minded.

Being located right by the sea and surrounded by countryside, the menu will frequently change to reflect the best local produce on offer. Highlights included the fresh oysters presented on a bed of pebbles; the celeriac and mushroom tart; the roast partridge with bread sauce and rose hip syrup, plus a bonus serving of partridge ‘pasties’; and the Bramley apple souffle with salted caramel ice cream.

With some incredible cooking way above what you’d expect in a ‘pub’ even a gastropub and a super-relaxed setting, this may well be one of our favourite ever meals. The Sportsman has had many fans and now you can add us to the list too.