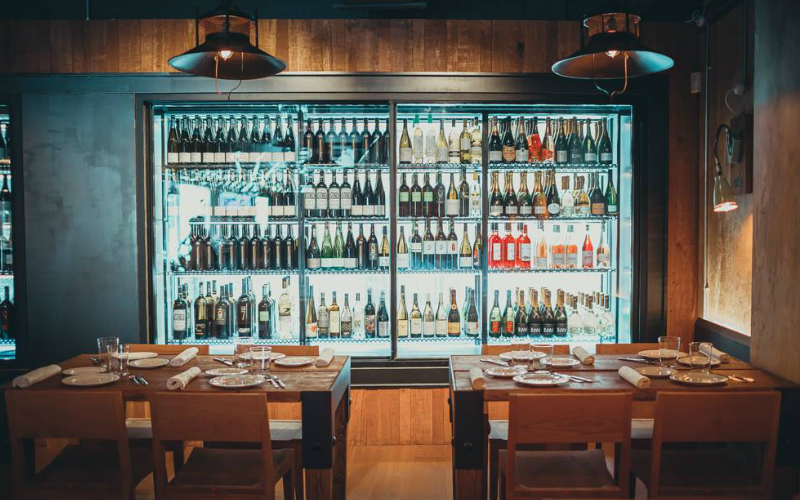 Sagardi, which was founded in Barcelona in 1995, specialises in traditional Basque-country cuisine and has 30 restaurants spread across Spain and South America. Now, luckily for us lot, it’s London’s turn.

Open now on Curtain Road in Shoreditch, Sagardi sets its stall out early. Immediately on the left as you enter is the in-house butchery, displaying big cuts of beef destined for the huge open charcoal grill that lies just beyond. Make no mistake, a visit to Sagardi without trying some of their ‘Txuleton’ beef, would be a crime indeed. Cuts come in sizes ranging from 500g all the way to 2kg if there’s a group of you sharing and it’s seriously juicy.

Sagardi’s menu is pretty big and full of unusual things to explore. We tried out some other great Basque specialities like fried Txistorra sausage from Orio; salted cod omelette “Roxario” style; and delicate tuna belly. Don’t miss the Iberian ham croquettes either. Drinks wise, we went Basque all the way too, trying one of the region’s ciders and a crisp white Txakolina wine.

If you want to pop in for some drinks and a few snacks too, Sagardi also features a more casual Pintxos bar at the front of the restaurant.