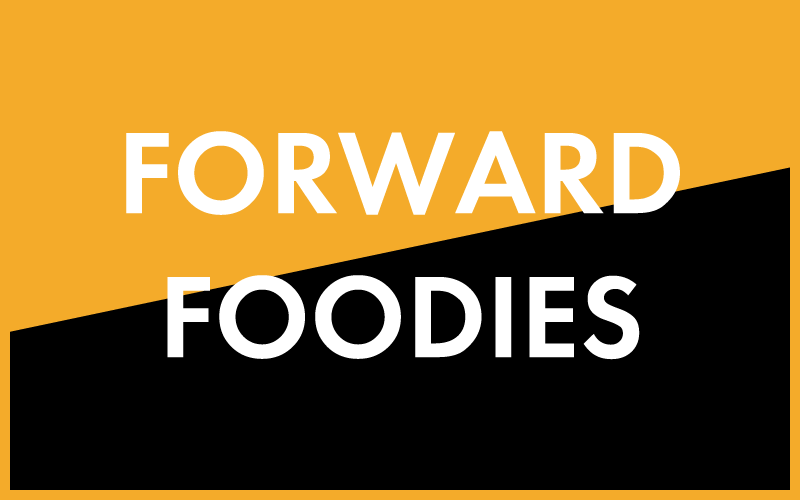 Being obsessed with all things London, we try to experience as much of the city as possible, from eating out at new openings to visiting the latest exhibitions to heading down to whatever crazy event or festival is taking place. Along the way, we meet so many amazing, inspiring Londoners, those creative individuals who contribute to making this city the best in the world. While we have been celebrating our favourite people for years now, in our weekly LDNERS interviews (and soon to be podcast), this week we’re launching a brand new campaign, LOTI Heroes, to highlight those extra-specially brilliant Londoners who are striving to make London and the world a better place, through charity, social enterprises, ethical fashion and sustainable living.

Each day this week we’ll be bringing you five Londoners in five different categories that we think are truly inspirational. Today is all about Forward Foodies, the sustainable champions of the food industry fighting food waste and helping to shape the future of food consumption. We think the five below are doing great things and we hope you enjoy reading their stories.

We Want YOUR nominations

But that’s not all – we want to hear your suggestions too. If you know a Londoner that’s doing something innovative with food and drink, please get in touch using the form at the end of this article. We’ll add the best to our own to create a list of our favourite Londoners championing change for the better and announce the full LOTI Heroes list in early July.

We love what Steven and Richard have created down in Clapham – the UK’s first underground farm. Here they sustainably grow fresh micro greens and salad leaves 33 metres below the streets in disused WW2 tunnels. Using the latest hydroponic systems and LED technology, the crops are grown year-round in a perfect, pesticide-free environment and use 70% less water than traditional farming. Thanks to a controlled environment, each tiny leaf has a consistent flavour and are unaffected by the weather and seasonal changes. Thanks to the prime location, they also reduce the need to import crops and drastically reduce the food miles for retailers and consumers. Since launching in 2014, they now supply loads of top restaurants as well as M&S, Whole Foods, and Waitrose among others – smashed it guys!

As the founder of Silo in Brighton and Cub in Hoxton, Douglas McMaster is the chef that’s probably done more than anyone else in the restaurant industry to tackle waste and bring widespread attention to the issue. Silo, his zero-waste restaurant in Brighton, which is due to move to Crate Brewery in Hackney Wick, has been the place he’s put his ideas into practice and with a dedication that has seen him carefully examine every fine detail waste production, winning Best Ethical Restaurant at the Observer Food Monthly Awards 2016 in the process. He doesn’t even have bins in the restaurant and any food that isn’t consumed is fed into an aerobic digester which can create 60kg of compost in 24 hours. At Silo he makes everything from scratch from milling the flower to churning butter, reducing food miles and unnecessary processes. All deliveries to the restaurant come in reusable crates or other containers, completely eliminating packaging waste. When he realised that one of the final bits of waste they were still producing was the wine bottles from customer meals he started to grind them down and create plates for the restaurant. Doug is an absolute legend and we can’t wait for Silo to open in London.

With Douglas McMaster tackling waste in the restaurant industry, Ryan Chetiyawardana aka Mr Lyan, has been doing the same for the drinks industry over the last few years. When he launched White Lyan in London in 2013, it was the first cocktail bar in the world to use no perishables; no fruit and even no ice. It was an exploration in sustainability, with much lower waste and a use of pre-made cocktails and innovative ingredients. This approach has been the driving force behind all his projects and when he announced his partnership with Doug McMaster to launch Cub it all made perfect sense. Bringing together zero-waste food and drinks, Cub has already been a massive hit winning Best Sustainable Bar at the Foodism awards in 2019, and being a finalist in the Forward Drinking category at the World Restaurant Awards. Mr Lyan’s influence has spread around the globe and we’re proud that London was the city that is continually pushing the boat out when it comes to innovators like this.

James and Felix are here to save you from both wasteful brewing practices and from crippling hangovers and for that they truly are heroes. They started out in Bermondsey in 2017 aiming to produce low alcohol beers that still tasted great, and through impeccable ingredient sourcing and a careful, slow brewing process they’ve now done just that. Their three core beers are between 0.5% and 2.8% ABV which, as you can imagine, is significantly less punishing than your average punchy IPA. More important are their sustainable brewing methods however. Running the UK’s only entirely dry floor brewery has contributed to dramatic reduction in their water usage, from an industry standard of 8-10 pints to just 1.5 pints per pint of beer brewed. The brewery is powered by wind, water and solar, and they have big plans for driving forward their responsible production agenda. Drinking beer with less carbon footprint and less of a hangover? Heroes.

Richard Murray is the man behind FoodChain, a simple idea that’s helping to connect chefs directly with producers. By bringing several farmers and producers together in one online-based ordering system chefs are able to both streamline their ordering as well as see what the best produce available is from each seller. If at a particular time a farmer has an excess of rhubarb for example, they can get this message out directly to chefs, helping them sell the product, reduce food waste, with the chefs getting a good price in turn. For consumers this is a win as the chefs in your favourite restaurants have easier and cheaper access to the best produce in the UK , which trickles down to us as diners. What’s even more exciting is FoodChain’s plans to bring this ordering system direct to consumers so we’ll all be able to buy directly from farmers from our phones. Sounds like the future to us.

We want to hear about the people or brands you know what are doing amazing things with food and drink. This needs to be about more than just cooking; we’re after those innovators that are helping to shape the future of food.