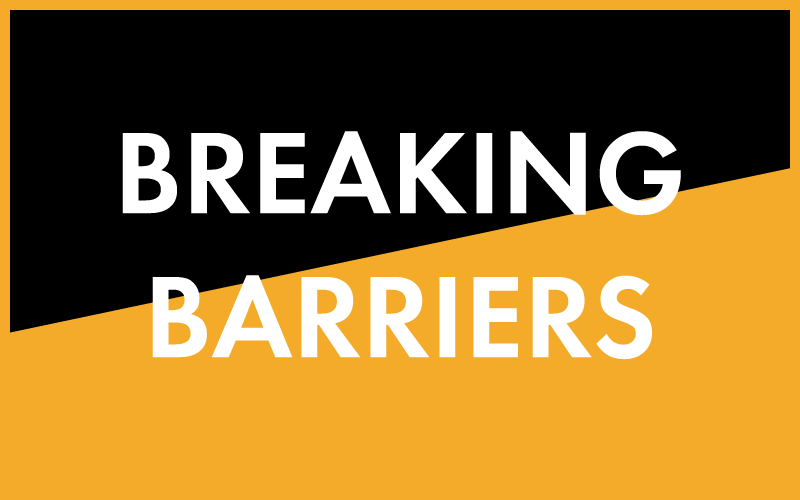 Being obsessed with all things London, we try to experience as much of the city as possible, from eating out at new openings to visiting the latest exhibitions or heading down to whatever crazy event or festival is taking place. Along the way, we meet so many amazing, inspiring Londoners, those creative individuals who contribute to making this city the best in the world. While we have been celebrating our favourite people for years now, in our weekly LDNERS interviews (and soon to be podcast), this week we’re launching a brand new campaign, LOTI Heroes, to highlight those extra-specially brilliant Londoners who are striving to make London and the world a better place, through charity, social enterprises, ethical fashion and sustainable living.

Each day this week we’ll be bringing you five Londoners in five different categories that we think are truly inspirational. Today is all about Breaking Barriers, the people that are kickstarting conversations around traditionally taboo subjects such as mental health, and offering support to those that need it. We think the five below are doing great things and we hope you enjoy reading their stories.

We Want YOUR nominations

But that’s not all – we want to hear your suggestions too. If you know a Londoner breaking down the barriers surrounding difficult subjects and helping these conversations be heard as well as offering support to those who need it, please get in touch using the form at the end of this article. We’ll add the best to our own to create a list of our favourite Londoners championing change for the better and announce the full LOTI Heroes list in early July.

The 888 Collective is a social enterprise that supports people with mental health issues on their journey back into the workplace through a range of courses and events, and was set up by founder Jana Dowling after her own experiences with mental health issues and work. After being helped back into work by a patient and supportive friend, Jana realised that not everyone in her position would be so lucky and so started The 888 Collective to try to help more people get back to work, as well as to educate the wider public about mental health. Jana now runs self-development and mental health management courses for those with mental health issues looking to get into the work environment, and also for those who are in work looking to better manage their mental health. For those who are looking to get back to work, they get to experience what it’s like to be in the workplace while on the courses, which really helps alleviate anxiety and concerns about what to expect when they get back to work. Jana also runs 88L8’s, events where she takes over a bakery in Dalston and gives shifts to those who have been on the course.

Having grown up with ADHD and dyslexia, Mercury-nominated rapper Loyle Carner (Ben Coyle-Larner) knows the challenges that face kids in the same position when going through school. For Ben, prescribed drugs made him feel terrible but he found solace in physical activities such as football and cooking which he described as being all-encompassing. HIs love of food and desire to help kids with ADHD led to him setting up a cooking school in collaboration with social enterprise GOMA. Anyone who is aged between 14 and 16 and has ADHD can sign up to attend the classes where Ben teaches the kids to cook healthy recipes and find an outlet for their energy and creativity. While many people in influential positions strive to give something back we love that Ben takes such a hands on approach, helping to change the lives of young Londoners who might otherwise not have many other places to turn.

Although mental health can be a stigma across any industry, typically macho ones like restaurant kitchens are perhaps even worse when it comes to talking about mental health with many chefs afraid to talk about the issues. That’s definitely starting to change, however, and that’s partly down to chef Andrew Clarke who has been vocal in speaking out about his own mental health and encouraging others in the industry to do the same. There is still a long way to go however and to help other chefs in the industry, Andrew has launched Pilot Light, a campaign focused on changing the way people think and act about mental health through in professional kitchens and the broader hospitality sector. You can hear Andrew talk more about his career and Pilot Light in our recent interview with him on our Yes Chef podcast.

Charly and Becca were secondary school teachers in North West London when they witnessed the multiple barriers facing girls in their classrooms. They were held back by expectations of them as a girl, about what they might want to achieve and how they ought to be behaving, putting them at a double disadvantage when trying to find their place in the world. A lack of female role models was another issue the pair identified and so they decided to set up The Girls Network in 2013. Launching with a one on one mentoring programme for 30 of their students they soon realised that this approach could have a massive impact and began to expand across London and the southeast. They now work with 1,000 girls each year, all of which report feeling an increase in confidence in themselves and in how to get where they want to go in life.

There are many ways to try and break the stigma surrounding mental health and start a conversation around it – pyjamas designed by artists may not be an obvious one but that’s exactly what Michelle Morgan has done. Her own story is a familiar one in the business world: after founding a hugely successful creative agency Livity, she eventually became burnt out and depressed after 16 years at the top. After stepping back for a bit she came up with the idea for PJOYS, getting her artist husband and friends to create designs for pyjamas to launch the brand. She focused on the idea of pyjamas and taking a ‘pyjama day’, which while for some is a calm and relaxing moment, while for others it signifies a difficult day. According to Morgan: “Pjoys uses this symbolism and the joy of art as a way to start a conversation about self-care and make mental health a more accepted topic.” The supply chain for the pyjamas is packed with purpose too; made with sustainable organic cotton, digitally printed and designed locally in London. Since launching the brand, Michelle has had contact with hundreds of people who say they’ve been encouraged to talk about their mental health and she even took to the stage (in pyjamas) at Cannes Lion festival in 2017 to discuss the subject.

The form you have selected does not exist.