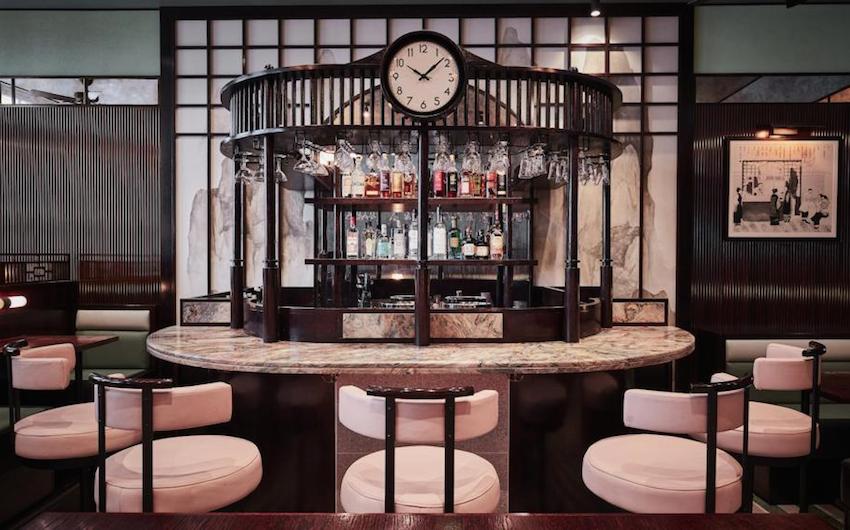 Unless you haven’t been on the internet for a couple of months you’ll know by now that the team behind Bao have opened a brand new place, Xu, and it’s very big news indeed. Located on Rupert Street on the fringes of Chinatown, and just a couple of doors down from The Palomar, Xu is a bit of a departure for the Bao team, with a traditional Taiwanese menu and not a fluffy white bun in sight. The dining room is inspired by 1930s Taipei – we’ll have to take their word for it on that – and it’s a pretty stunning mix of ornate wood panels, rich dark greens, and soft art deco lighting.

We sampled bits from all the sections of the menu starting with a ‘Xiao Tsai’ of tomato and smoked eel, which was beautifully presented in the centre of a large white bowl and had a mean kick of chilli oil to it too. Next, we had some excellent dumplings from the ‘Mian Shi’ section, pan fried pork soup dumplings and the taro dumplings stuffed with Taiwanese sausage. There was also short rib and bone marrow served with fresh pancakes ready to roll your own.

From the mains we had one of the ‘Classics’, an Iberico pork collar marinated in char siu which one of us loved and the other found too fatty, so depending on what you like you’ll either be all over it or want to give it a miss. The sea bass was an all-round winner though, covered with half green and half red pickled chilli sauce, something we’ve had in Shanghai before but never here in London.

Xu is also big on tea, with many rare Taiwanese infusions on the menu so we finished off with a coal baked 10 year Oolong which had a lovely deep smokey flavour.

We reckon these lot have got another winner on their hands here – we’re already plotting a return to check out the Mahjong rooms, cosy private dining rooms where you can get stuck in to a few round of Mahjong after feasting on the menu.