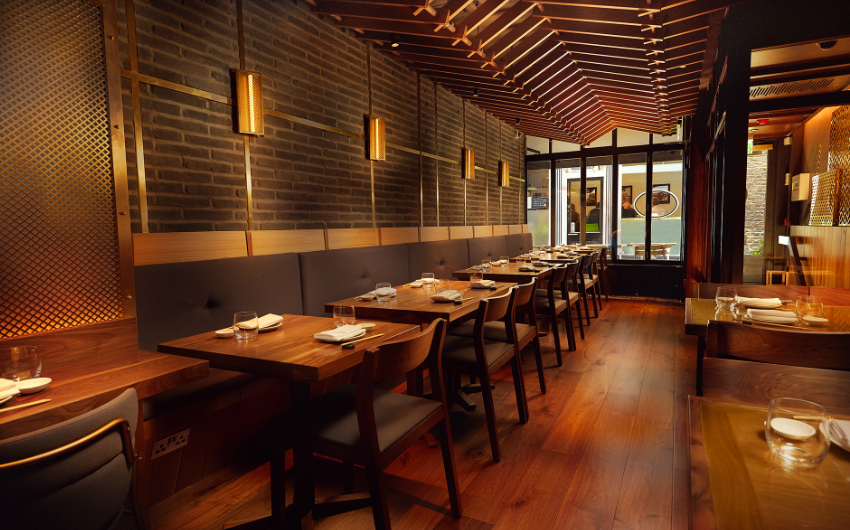 If you love sushi and Japanese food, London is spoilt for choice at the moment with a number of new openings already this year including Sushi Atelier and Cube. Joining them is Taka, which recently opened down a narrow alley that leads into the courtyard of Shepherd Market in Mayfair, and is actually the sister restaurant to Taka in Tokyo, so we were expecting big things.

There’s a huge range of sushi on the menu plus larger sized mains and a great selection of kushiyaki skewers, so there’s plenty to please everyone. We visited at lunch and went largely for sushi, which was as good as we’ve had in London and really not too badly priced considering the location. We went for some of our favourites such as unagi (grilled eel) and toro (fatty tuna) nigiri, plus one of the ‘special’ hand rolls filled with crispy soft shell crab. The standout though was the hamachi carpaccio, which was beautifully presented and covered in a sharp citrusy yuzu dressing and a light touch of truffle.

Definitely get some of the skewers too – the minced chicken ones were great but the pork belly ones were even better. Also think about getting the black cod which is slightly pricier but is well worth it if you’re up for splashing the cash. We find desserts are never a strong point of Japanese restaurants but they’d make a decent effort here, with a yuzu crème brulee and a chocolate fondant going down nicely.

We can’t comment on the drinks as it was lunchtime and we were behaving but there is, of course, lots of sake and much more to get stuck into during dinner (and after in the downstairs bar if you fancy it).

All in all, Taka’s another winner for London’s Japanese restaurant scene. And if you want to see what else is out there, check out our map of top picks here.