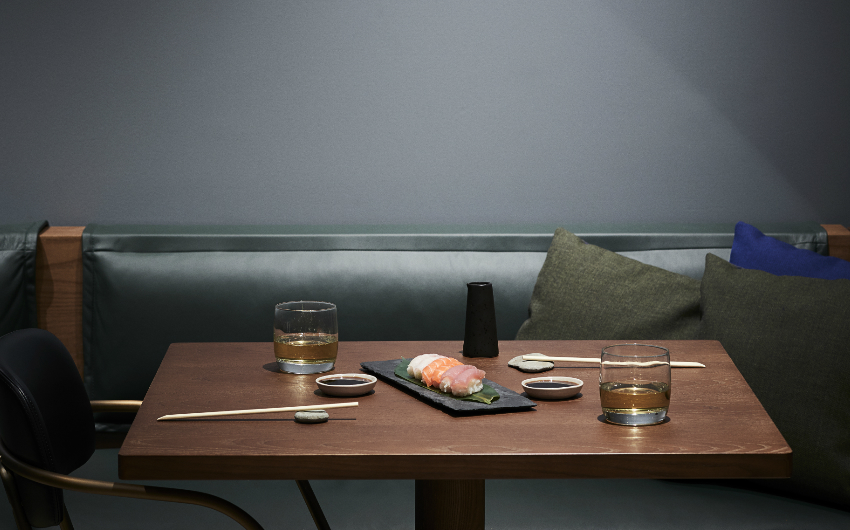 Danish restaurant group Sticks’n’Sushi already has four sites spread across London and now they’ve added a fifth in the shiny Nova development in Victoria, which is fast becoming a real dining destination thanks to residents like Hai Cenato, Aster and the Rail House Cafe. It’s a pretty simple concept; there are loads of sushi and sashimi options for those who love raw fish and plenty of yakitori – that’s the sticks half – to please those who don’t.

And when we say there’s lots of choice, we really mean it. The menu is a photobook featuring pics of every single dish (and we’re talking properly slick, styled images and not those terrible photos you find at fast food places) and everything looks amazing, so you will have trouble choosing. You can always order one of the platter options or ask for some recommendations – we were pointed in the direction of moreish crab croquettes with wasabi caesar sauce, tempura shrimp bites and scallops wrapped in crispy kataifi pastry, which were the perfect mix of soft and crunchy.

Obviously we had to try both the sticks and the sushi; for the former we chose the miso marinated black cod, which was buttery and flaky the way good cod should be, and for the latter it had to be the classic spicy tuna roll. We also went slightly off piste with the Four Wings salad; avo, edamame, dressed lettuce, cauliflower and quinoa with nuggets of chicken, duck, soy eggs and crispy chicken skin thrown in, which was surprisingly one of the highlights of the meal, and a great order for someone who’s not feeling the fish or the thought of sharing food.

With four other successful sites, Sticks’n’Sushi have proved they know their stuff and the Victoria outpost confirms it. It’s consistently good with a great range and won’t break the bank either, and that’s a winner in our books.

Wanna see what other Japanese joints we love? Have a lookie here.