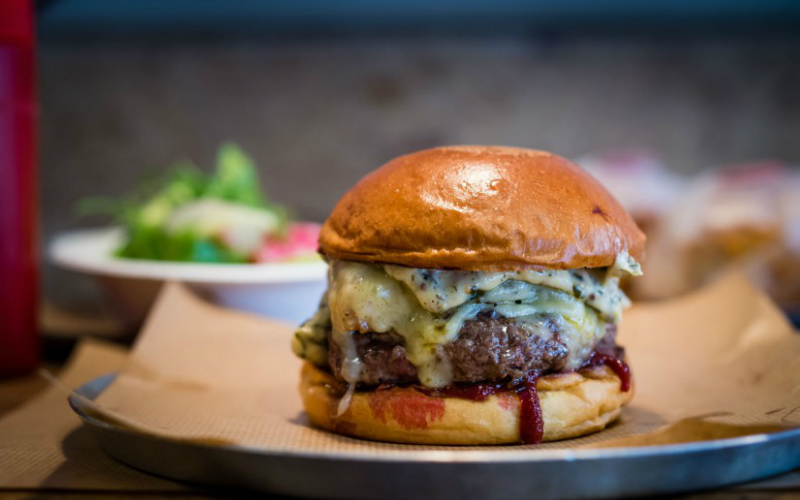 But it’s clearly paid off and come lunch or dinner there’s always a queue outside. The menu is pretty small with the choice of 6 burgers, wings, fries, slaw and desserts consisting of just three different flavoured choc-ices – make sure you have the peanut butter.

Luckily we were in the mood for a burger and went for the Jose, Jose Chilli Burger and the Chicken Burger aptly named the Hot Chic – and we thought our server was flirting – sides of homemade coleslaw and chips with Rosemary salt completed the order. 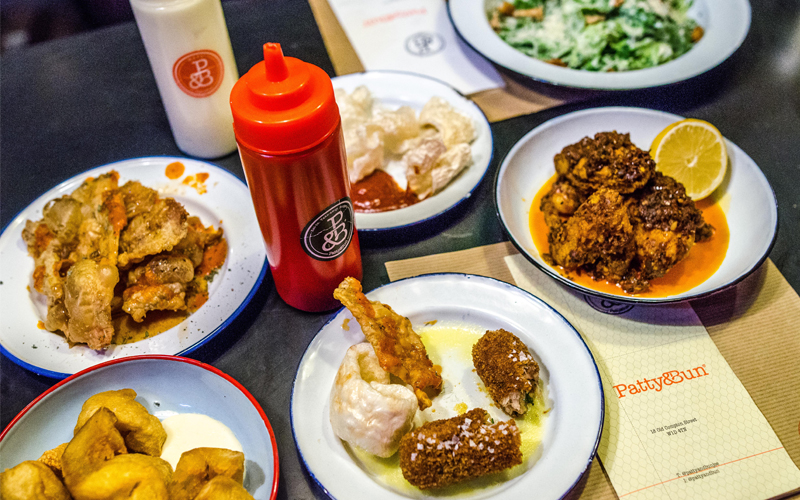 The burgers come medium rare in a brioche crammed with all kinds of good stuff, Jose Jose was topped with cheese, tomato, lettuce, chorizo chilli relish, pickled onions, ketchup and P&B mayo. Whilst Hot Chic is deep fried crispy chicken in a brioche with bacon, lettuce, slaw, pickled onions and mayo. Lovely stuff! Skin on chips were well seasoned whilst the slaw was the best we’ve had yet, crunchy with just the right amount of mayo.

Patty and Bun might just be our favourite burger joint, whilst the burgers aren’t top of our list, they still score pretty high (we’re talking top 5 people) and the service, atmosphere and system combined with great food means overall it comes out top for us. If you haven’t already done so this is one party you need to get in!