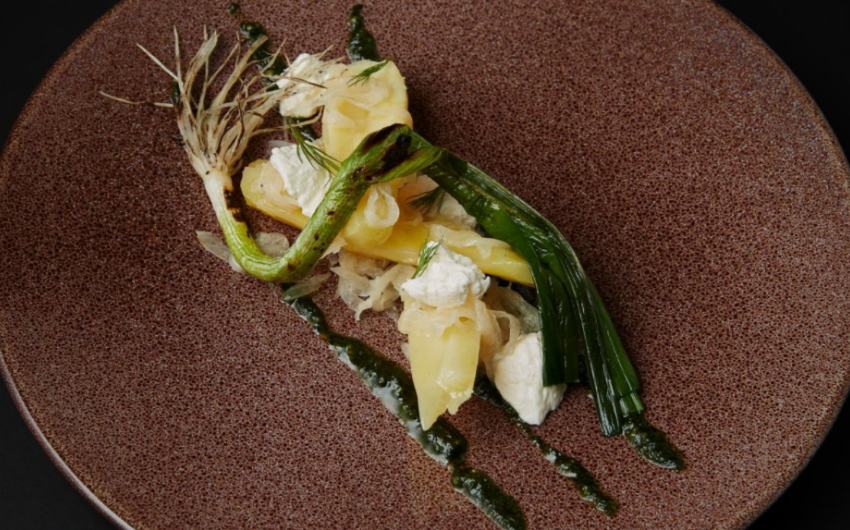 Anglo was one of our favourite places of last year so were excited to check out Neo Bistro, a new spot from Mark Jarvis (Anglo) and Alex Harper (Harwood Arms). Fittingly, the interiors have the same stripped back minimal aesthetic of Anglo, but are plonked into the site of an old pub just off Oxford Street so it really is a coming together of the two restaurants on the surface.

The menu is a pretty similar set up to Anglo however, with a super value £42 dinner tasting menu which we went for. We started with a few snacks: bread and soft freshly churned butter; venison chorizo; and cured thinly sliced pork, all of which hit the spot very nicely. Next was Cornish crab, hiding under two thin slices of courgette, followed by warm sea trout with herbs and elderflower. There’s an option to have an extra course of Anjou pigeon with green strawberries for £8 but we skipped this and finished the savoury courses with sea bass and white anchovy and Herdwick lamb and smoked eel, an unusual combo but one that definitely worked for us. We rounded it all off with chocolate and malt ice cream for dessert.

There’s some interesting and reasonably priced wines too, so if you’re looking for some forward-thinking cooking and drinking without hurting the wallet too much, Neo Bistro is another winner.