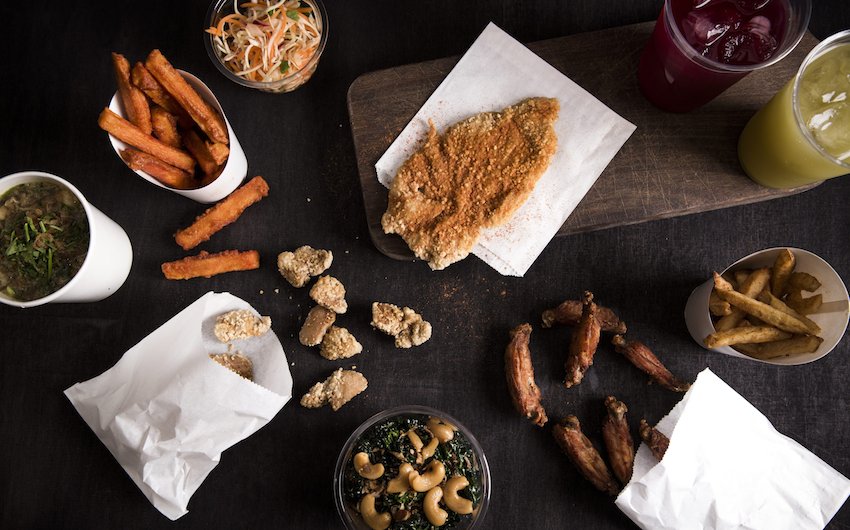 Mr Ji is popping up in Camden for the next few weeks, specialising in fried chicken – but not just any old fried chicken. The owners were inspired by a recent trip to Taiwan were they fell in love with the fried chicken they found at the night markets there.

Here they’ve taken that as a starting point and added a few little extras. The main event is the Big Fried Chicken, a whole breaded breast flattened out almost like a schnitzel and dusted with your choice of seasoning. Apparently cayenne pepper is the most traditional but our favourite was a BBQ dusting which we actually had on the juicy popcorn chicken nuggets.

Two of our favourite things were actually the veg side dishes. Make sure you check out the vinegary black cabbage and the crunchy Asian slaw. Not only do they provide a great counterpoint to the chicken but they are just bloody tasty in themselves. There’s also a range of cold teas, plus doughnuts for dessert.

It’s quick and good value too so if you’re heading to Camden Town, it’s well worth going down.

THE WARDROBE ESSENTIALS TO BUY AFTER WATCHING THE SERPENT (73) 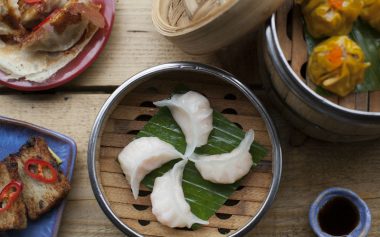 LOTI EATS (AT HOME) | MY NEIGHBOURS THE DUMPLINGS (68)