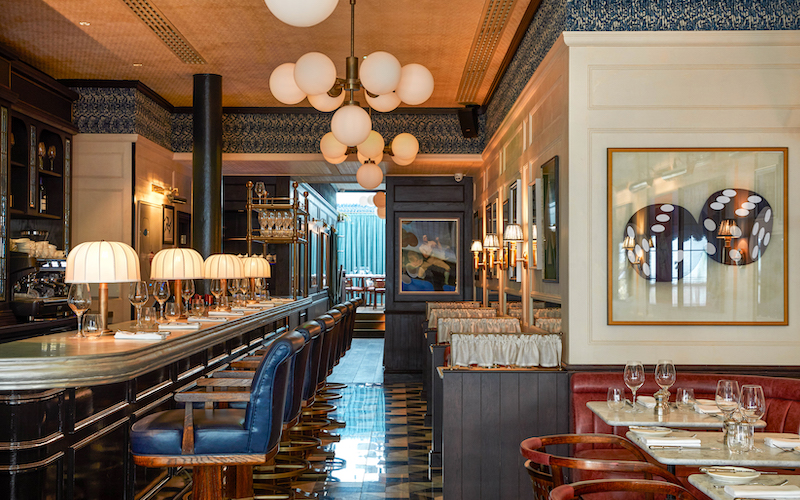 The team behind of our favourite Chinese restaurants, Park Chinois, has opened a new Mayfair restaurant called Moncks of Dover St and even though it’s just a few streets away, it’s a very different affair. Executive Chef Gennaro Vitto and Head Chef Valentino Pepe both worked together at Park Chinois but here it’s much more of an all day brasserie, not too dissimilar to Automat which previously occupied the site.

Moncks of Dover St – named after 16th century local, owner of the Clarendon Estate and all-around good time guy Christopher Moncks – is open from breakfast though to evening, serving a pretty classic brassiere menu, with the odd Mayfair flourish – the eggs Benedict on the breakfast menu comes with truffle for example.

We went by for a late weekend and couldn’t resist another dish with a Mayfair spin, the lobster roll, which comes with a little tin of caviar for an extra tenner. The roll itself was stuffed with a generous helping of lobster and coated in béarnaise sauce, and although the caviar was undoubtedly an extravagance, it definitely did enhance the dish with a nice salty hit.

Not everything is so OTT however. One of our favourites was the snack of scotch quail’s eggs which come with a curried mayo that’s straight out of the gastropub playbook. Thin slices of tuna carpaccio were excellent too, lightly dressed with a drop of oil, watercress puree, preserved lemon, and samphire. The standout dish has to be the truffled mac and cheese though; swimming in cheese with a crispy top and layered with slices of black truffle, it’s a pretty perfect comfort dish.

Desserts are crowd pleasers too and we polished off the chocolate fondant, with its gooey liquid centre, plus the baked cheesecake with rhubarb compote. You can probably tell that Moncks of Dover Street isn’t trying to wow you with originality but rather feed you well with big flavours and well executed comfort food. And that it does very well indeed. 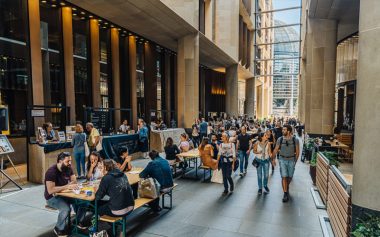 ON THE INSIDE OF bloomberg arcade (64) 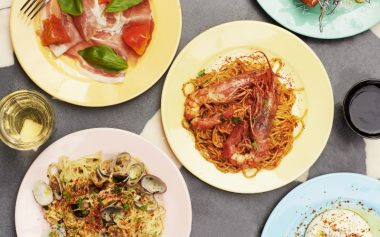 UNLIMITED PASTA AND BOOZE AT PASTAIO (42)