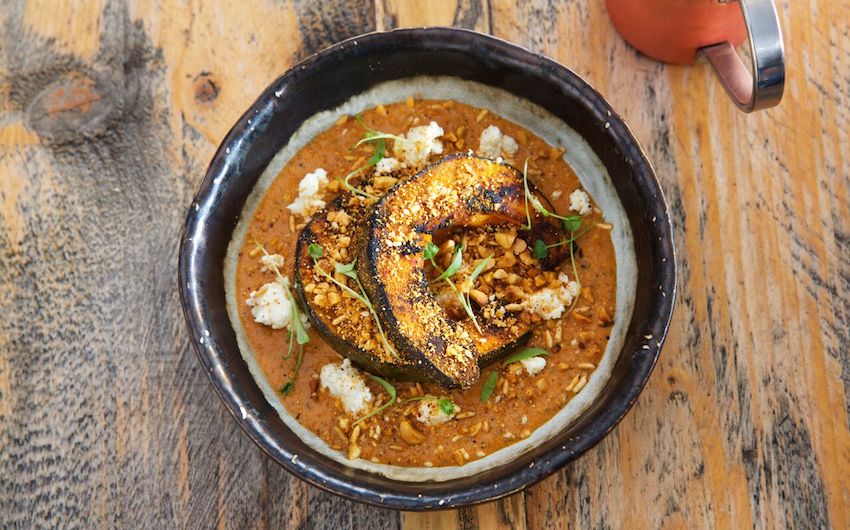 Kricket opened up fairly quietly in POP Brixton back in 2015 but once a few people had discovered their Indian Keralan Fried Chicken, word quickly spread and Kricket was suddenly the hottest ticket in town.

Now the boys have got a full on proper restaurant in Soho, serving their modern Indian plates in a two floor space, including a bookable basement area and a ground floor counter round the open kitchen which is kept for walk ins and has a great view of the action.

There are some of the old favourites on the menu including that chicken, but we tried to go for the new dishes and had some absolute stunners including: Delica pumpkin, makhani sauce, fresh paneer, hazelnut crumble, puffed wild rice; Cornish crab meen moilee, castlefranco, peanuts; Duck leg Kathi roll; and the bone marrow & cep kulcha. For pud we ended up with a rich treacle tart and milk ice cream.