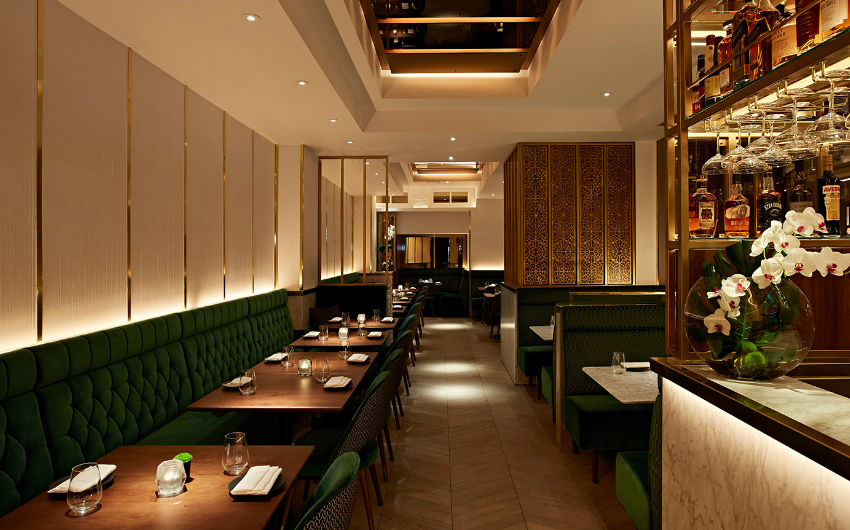 With outposts in New Delhi and New York, Indian Accent has finally come to London. The international mini-chain has a great reputation for its high-end Indian food – the New Delhi original is on Asia’s 50 Best Restaurants list – so it’s no surprise they’ve chosen Mayfair for the London location, on the same street as Gymkhana no less. The restaurant is split over two floors, and although both are nice we’d recommend asking to be on the ground floor when you book as it has a bit more atmosphere than the basement level. The whole place has been finished to a high standard though, with plenty of polished brass and marble, as you’d expect in Mayfair.

The menu is an exciting read, featuring lots of things you think you sort-of recognise but with enough new words to know you’re in for something a bit different. There’s Indian flavours, spices and techniques but all done in a very neat and tidy modern way, such as the mathri trio we had for the first course; three little cones containing smoked aubergine, duck and foie gras, and chicken spiced with fenugreek.

At dinner you can choose to have three or four courses for £55 and £65 respectively. We went for the four-course option which allows you a ‘mid-course’ between the starter and main. This threw up one of our favourite dishes of the night – an incredible soy keema with quail egg – but also the only (slight) disappointment, shredded chilli pork on two mini roti breads that looked like small tacos. It was good but not the most exciting thing we ate.

The mains however were both knockout good: seared scallops that honestly did just melt they were that soft, and lamb roasted in ghee and served with mini roti pancakes. On the side we had a wild mushroom-stuffed naan bread and a little pot of creamy black dhal. For dessert there was a little pile of cannoli filled with sweet yoghurt and a round treacle tart with a classic vanilla ice cream, both of which we can highly recommend.

Indian Accent is rightly getting a lot of praise already and we can certainly say it’s worth a visit. At £65 for a four-course dinner it’s actually reasonably good value too given the quality of cooking and the location. 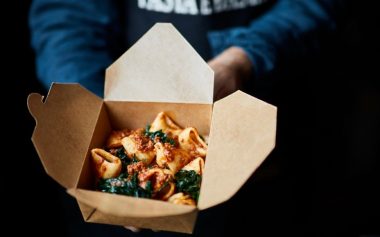