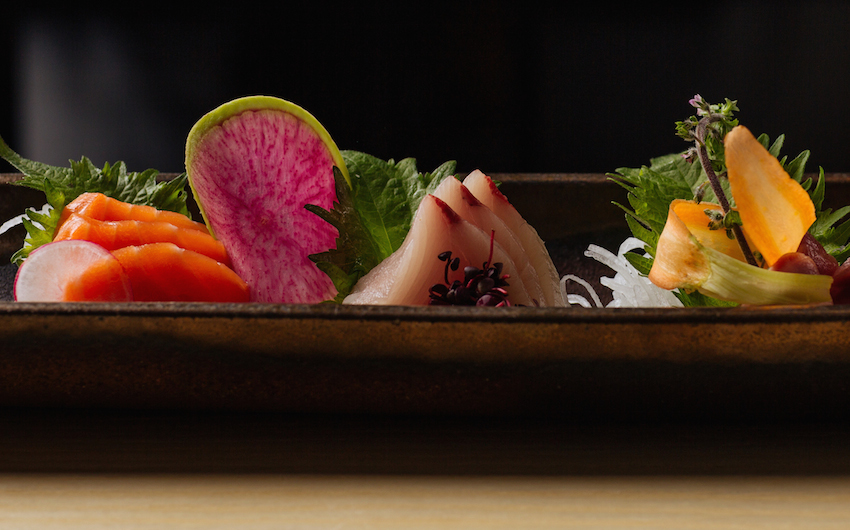 Having just returned from two weeks in Japan, we were excited to come back home and check out some of the new Japanese spots London has to offer. One of the new kids on the block is Ginza Onodera which opened back in April and actually has two branches in Tokyo as well as one in Paris.

Downstairs the design is very Japanese, with some private sushi rooms hidden behind wooden sliding doors and a big open kitchen with counter seats and a robata grill on display. There’s a lot to choose from on the menu and we had a hard time nailing down what we wanted. Eventually we settled for an assorted selection of tempura and sushi by ways of a starter. The tempura was light and crispy and included three big prawns as well as veg. We were pretty spoilt with the quality of sushi in Japan but Ginza Onodera’s was still very good indeed and we tucked into, grilled eel, marbled tuna, yellow tail and sea urchin.

Next was some beautiful thin slivers of Japanese beef that melted in the mouth, chicken yakitori, and a lightly seared slab of fatty tuna, all of which were cooked on the robata grill. We finished off with a refreshing yuzu ice cream.

For authentic high-end Japanese food in London, Ginza Onodera is well worth checking out.