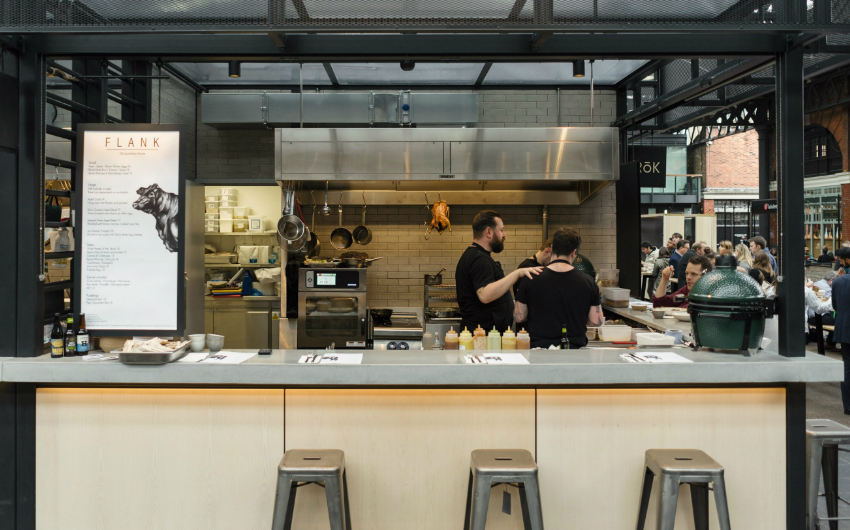 How many of the food units at Spitalfields Kitchens have you worked your way round yet? There’s a great line-up including names you’ve probably heard of such as Breddos Tacos and Dumpling Shack but also some lesser known ones, such as Flank which started life as a pub kitchen residency down in Brighton.

In case you haven’t guessed, Flank is all about the MEAT, especially smokey barbecued meat cooked on the kitchen’s Big Green Egg. The simple set-up means the menu is short but that just means you get to try almost everything… and it’s all worth trying, trust us.

You’re gonna want to kick off with something ‘lighter’ – so the fried potato gnocchi with cream sauce and the sticky fried chicken wings do very nicely. From then on it’s seriously meaty, including the beef brisket roll, which gives Smokestak a run for its money and the epic lamb sandwich. The menu does change pretty regularly though so all these might not be on if you visit but you can bet there’ll be something meaty and delicious to get stuck in to.

It’s great to see some new food start-ups such as Flank down at Spitalfields and we reckon this is defo going to be one to watch for the future.