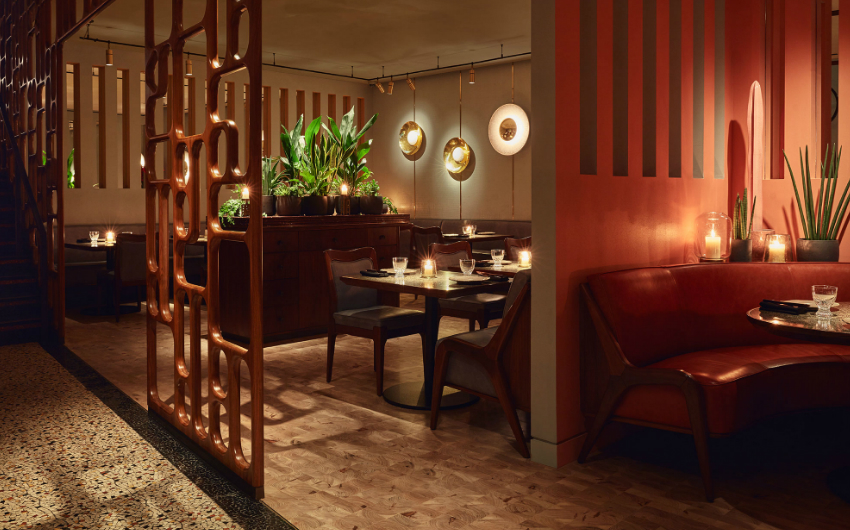 Tacos were one of the big food stories in London in 2016 but 2017 has been much quieter on the Mexican food front so far. However, with Santo Remedio just re-opening, Breddos Tacos launching a second site in early October and Ella Canta having just opened at the Intercontinental Hotel, it looks like there’s another batch to get excited about.

Ella Canta is a bit of a different prospect to the taco restaurants – it’s from renowned Mexican chef Martha Ortiz and is more high-end in style. The big dining room at the Intercontinental (formerly the Cookbook Cafe) had been completely re-designed by David Collins Studios and it looks pretty amazing, with soft pastel pinks, plenty of green plants and ‘sun’ lamps on the walls, which help to bring a bit of sunshine into the room.

The food too is bright and vibrant – we kicked off with a margarita served in a scull, a bowl of guacamole topped with pomegranate seeds, ricotta and a whole gold GRASSHOPPER(!), and pickled salmon tostadas; three discs of crunchy taco topped with bright pink salmon, avocado and chipotle sauce. Choosing from the mains was pretty tough but we were very pleased with the perfectly cooked black cod and the slow roasted pork, which came with a stack of warm soft tortillas to make your own tacos with. Desserts were banging too; don’t miss the churros, which comes with a pot of chocolate sauce and salted caramel sauce to dunk them in!

Ella Canta is more of a special occasion place rather than a taco joint but the food is pretty special and it’s a very worthy addition to London’s burgeoning collection of Mexican restaurants.