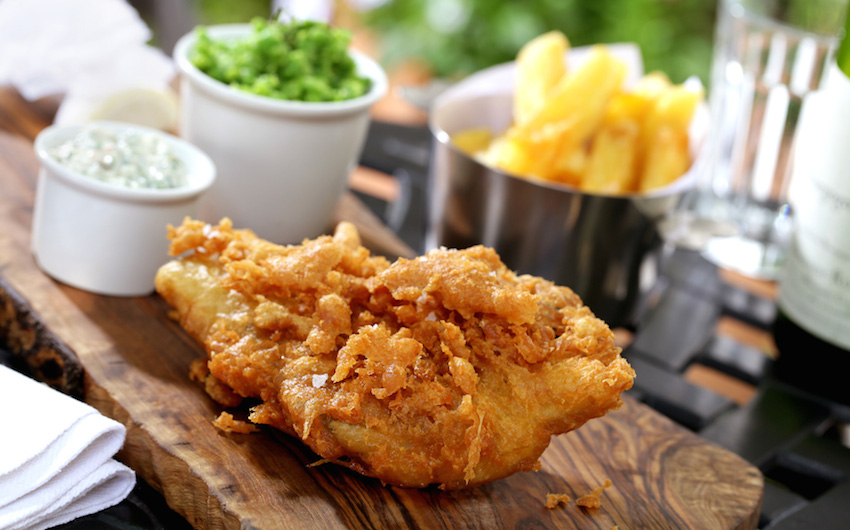 If Hind’s Head and Fat Duck are Heston’s grown up places in Bray, then The Crown is definitely the younger, slightly more raucous sibling. Bought by Heston in 2010, The Crown still feels largely like a country boozer with a focus on beer and pub food classics.

We were there on a Friday night and there was a lively atmosphere, with lots of people just in for a drink. We were there to eat of course and although it’s pub grub, it’s still Heston, so you can expect things to be taken up a few notches. For starters we had fresh Cornish mackerel on toast and a smooth, rich mushroom parfait which came in a little individual pot with warm toast and pink pickled onions – a perfect starter for an autumn eve.

For the mains it was hard to turn down the burger and it was a corker – a rich Hereford beef patty with pickle, onion, tomato, and a banging burger sauce. Get the thin cut fries too, perfectly crispy and golden on the outside and soft on the inside. We also had pork belly with pea mash and gravy which was good but maybe we wish we’d ordered the fish and chips which we saw landing on lots of tables and looked EPIC. We could only squeeze in one dessert after all that but it was a goodie – apple and cinnamon crumble with custard.

If you’ve ever wondered what Heston pub grub would be like, then The Crown is the place for you.