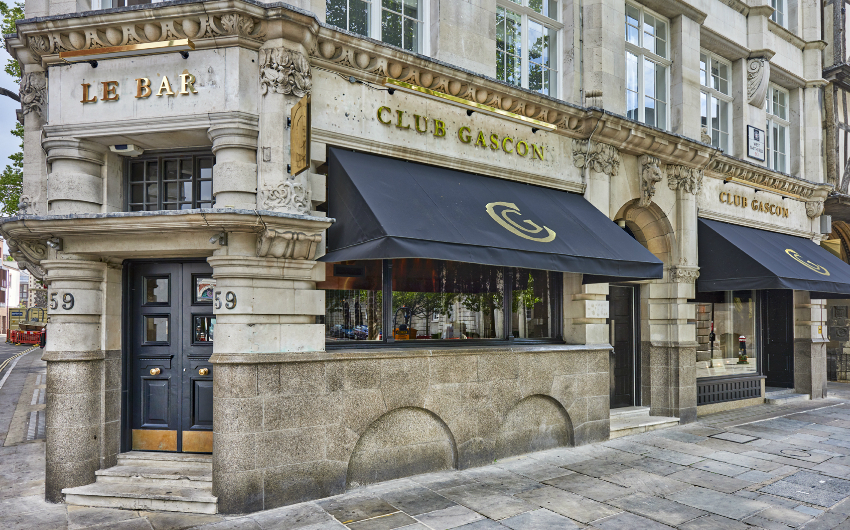 Club Gascon has been open for nearly twenty years now and has held a Michelin-star for 16 of those. It’s been a firm favourite of foodies and city workers for years but we all need a little spruce up every now and again don’t we? So after being closed for a major refurbishment, the restaurant is now back open with a brand new look and a revamped menu.

The re-design of the Grade II listed building has given the place a new lease of life, with a more contemporary yet still firmly ‘fine dining’ look and feel. It’s also given the kitchen a major expansion and face lift allowing Pascal Aussignac to also re-think the menu.

The style is still influenced by Pascal’s native south-west France but is now divided into three sections, which represent the past, present, and future of Club Gascon. The ‘Gascon’ section features the restaurant’s classic dishes that were just too good to lose, such as Venison Carpaccio, Sea Urchin Jus, and Romanesco and of course Foie Gras for which the restaurant was always famous. Next is ‘Season’ which will showcase the best seasonal produce with dishes like Roasted Grouse, Popcors, Guinness & Oyster Sauce. Finally there’s ‘Garden’ which – as the name suggests – is focused on vegetarian dishes and will include the likes of Cep and Wild Mushroom pie.

If you’re an old regular or have been meaning to try it out, Club Gascon is back with a bang.