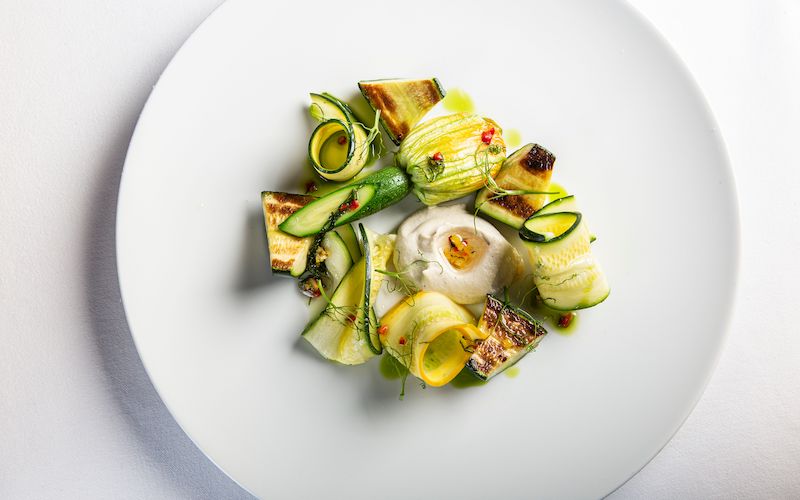 Heinz Beck had a pretty short-lived stint running the dining room at Brown’s Hotel in Mayfair, and we must admit, we weren’t massive fans of the place when we went. London’s own Adam Byatt – who’s behind the Michelin-starred Trinity in Clapham – has now taken over the restaurant, which is now called Charlie’s.

The space is largely the same of course so it’s still that classic Mayfair dining room, with the wood panelled walls, and the white tablecloths. It’s a pretty space, but definitely on the smart side, so not somewhere so come with a group of mates and start a riot. For a date night or family occasion, however, it fits the bill nicely.

As much as the room itself is of a classic vintage (the hotel was established in 1837), the menu too plays up to a classic, old school style – there’s even a daily trolley service with the likes of whole poached salmon and glazed Essex gammon. Our starters were certainly familiar stars of hotel dining, a beef fillet tartare that was slightly too salty but otherwise excellent, and a chicken and duck liver terrine with a thick slab of toasted brioche.

Mains showed a bit more flair, with a dish of za’atar spiced monkfish which had been cooked over coals, and served with fregola and smoked aubergine pesto. A rack of lamb was well cooked but could have done with less of the basil and courgette puree, and a lot more of the potato and celeriac gratin that came with it.

A classic dessert from the menu at Trinity makes an appearance at Charlie’s too, a thin finger of wobbly salted caramel custard tart with a scoop of vanilla ice cream – and there as definitely no faulting that.

Charlie’s is not a restaurant to wow you with things you’ve never tried before, but it does deliver the classics well. It’s a menu that is perfectly suited to its surroundings in Brown’s Hotel and we’re sure guests and Mayfair types alike will be very happy with that indeed.