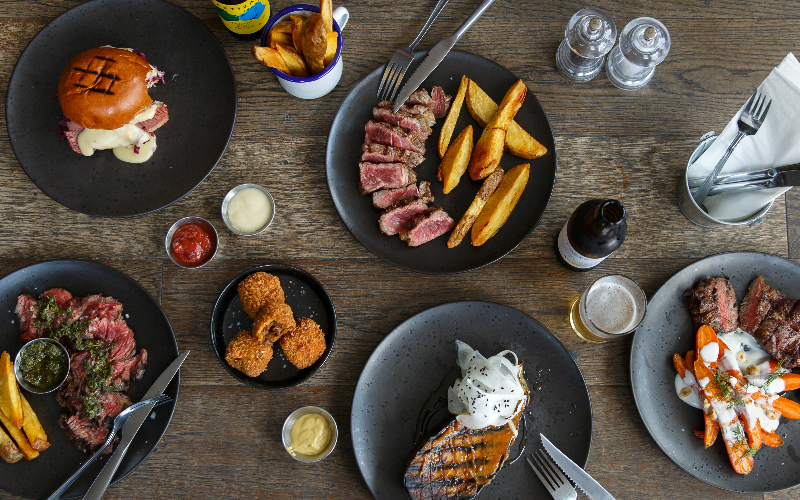 It’s been a hit in Kentish Town and now Beef & Brew has expanded to Haggerston, taking over the (bigger) Duke’s Brew & Que spot by Regent’s Canal. As the site was originally the Duke of York pub, there’s a proper bar (and outside tables for drinking) meaning they’ve been able to expand the brew side of the operation. They’ve got craft beers from across the UK on draught, including local options – we particularly enjoyed the Boogie Van West Coast Pale from Hackney Brewery – and they’ve got plenty more in bottles and cans as well as a decent wine list.

On the food front, it’s not hard to work out what their speciality is. You can get the namesake beef in a variety of ways including in generously sized, crispy on the outside and succulent on the inside brisket jam nuggets; in a burger; in a salt beef sandwich; or as a steak. The latter are all sourced from a range of top suppliers and there’s a range of cuts on offer, from chateaubriand to sirlion to larger sharing specials. We went for the hanger steak, which was perfectly cooked just as requested and incredibly tender – they dip every steak in beef dripping before it hits the grill to ensure maximum flavour.

Though it’s clearly a meat-focused restaurant the Beef & Brew team haven’t copped out on the sides, giving vegetables their due care and attention, like by smothering broccoli in a garlic and olive paste. It’s enough to have anyone eating their greens. And don’t skip the chips, gravy and beer cheese either, for obvious reasons.

There’s enough choice at Beef & Brew to keep the craft beer fans happy and the steaks are top quality without breaking the bank (they even do a £10 deal on weekdays) and you can’t ask for much more than that from a neighbourhood steak joint.

THE BEST RESTAURANTS TAKING PART IN THE EAT OUT TO… (277) 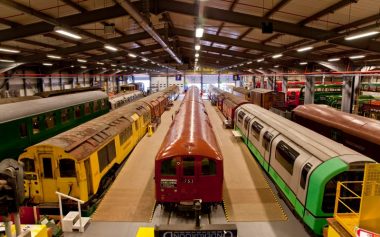 THE LONDON TRANSPORT MUSEUM DEPOT IS OPENING FOR THE SUMMER (32) 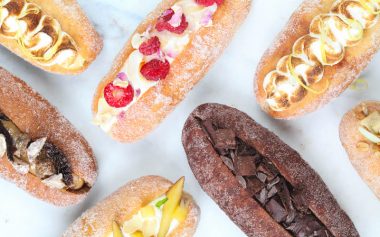 LONGBOYS TO OPEN IN KING’S CROSS (25)

THE BEST CYCLING CAFES IN LONDON (20)