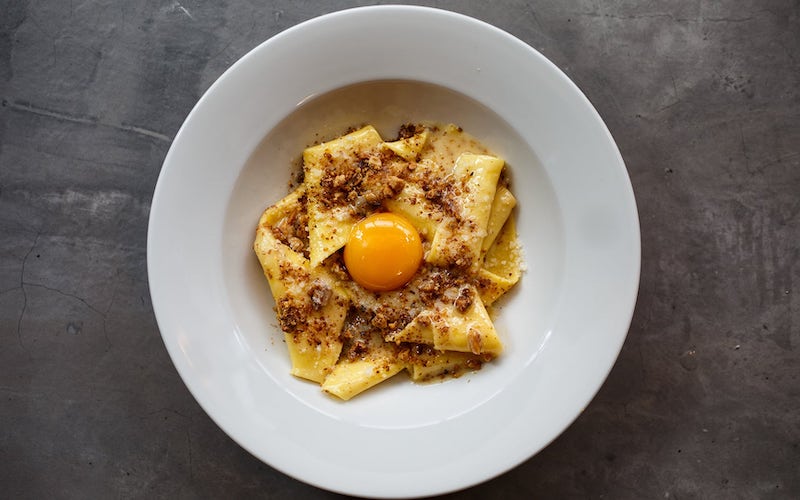 London’s recent pasta obsession was kicked off when Padella opened up in Borough Market. Since then, many places have come along – like Flour & Grape and Pastaio – but none have quite reached the heights of Padella. Well now we might have a new king of the pasta kingdom in London with Bancone, which opened a few months ago just off Trafalgar Square.

It’s got glowing reviews from critics so far, and when you consider that head chef Louis Korovilas worked at Michelin-starred Locanda Locatelli for five years, it was reasonable to expect great things. We went by on a cold dark evening and found great things indeed. It’s a long thin room with a counter, open kitchen and a few cosy booths so there’s plenty of seats for a walk ins. Oh and they take reservations too. Take that Padella.

We kicked off with the trio of arancini; ‘nduja, mushroom, and dolcelatte. All were good but the ‘nduja version was so superior that we’d just ask for three of those if we ordered them again. We also ordered a charred hispi cabbage starter, which was covered in so mcuh chilli and garlic and wouldn’t have been out of place in a Sichuan restaurant. 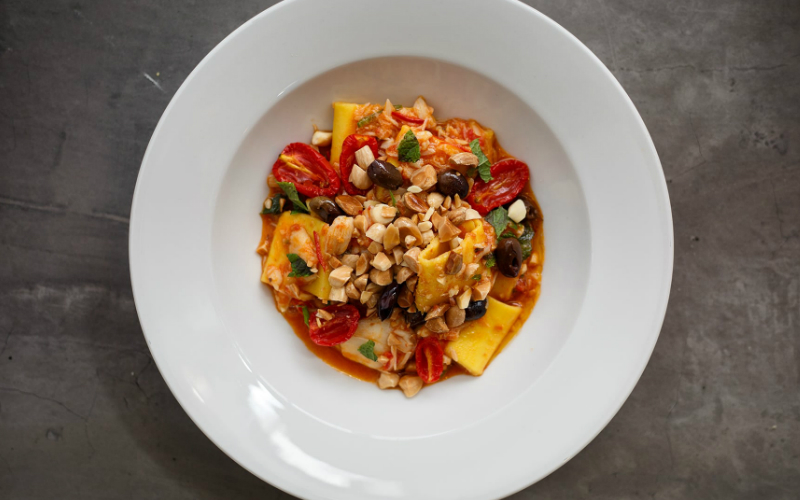 But really it’s all about the pasta. Go light on the starters and order three pastas between two like we did. Silk handkerchiefs were huge sheets of pasta covered in walnut butter and an egg yolk; the cacio e pepe was as smooth and creamy as it should be with a nice bite from the freshly made spaghetti; and the ravioli were filled with beef shin ‘ossobuco’ and covered in saffron butter. You cannot go wrong with any of these.

Given Bancone is smack back in the middle of London they’d have been forgiven for cranking the prices up a bit but everything is very reasonable, with the most expensive pasta being those beef shin ravioli at £13.50. If you’re looking for the best fresh pasta in London, there’s a new kid in town.