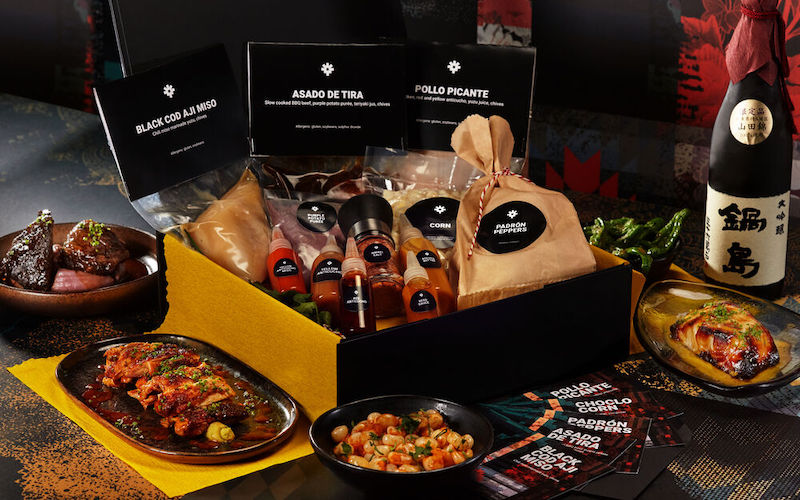 There’s a hell a lot of delivery meal kits around at the moment, which means standing out from the pack is harder than ever. But we’re still discovering some serioulsy good options out there, the latest of which is Chotto Matte at Home.

The Peruvian-Japanese restaurant based in Soho recently launched the ‘At Home’ kit which is £60 for two people which is pretty amazing value considering you get all of THIS:

What Chotto Mate and all the other best DIY kits get right is finding the right balance between delivering ‘restaurant quality’ dishes and the effort you have to put in to get them there. Chotto Matte has done most of the hard work on all these dishes, which are delivered in pouches and mostly just need heating up in the oven or via the ‘boil in the bag’ method. There’s also loads of mini sauce bottles that go with each dish and really solid clear instructions. It’s all easy to do and you won’t need to have the arms of an octopus to get it all done.

Our favourites from the meal were the juicy tender chicken, dressed in those spicy anticucho sauces, and the slow cooked beef – which was so tender you could eat it with a spoon. But really it was all very impressive, and probably enough to feed three people really.

All in all, it’s one of the best new kits out there, and probably one of the most impressive ones we’ve tried since the start of lockdown. Highly recommended!

BAO TO OPEN IN SHOREDITCH (5)