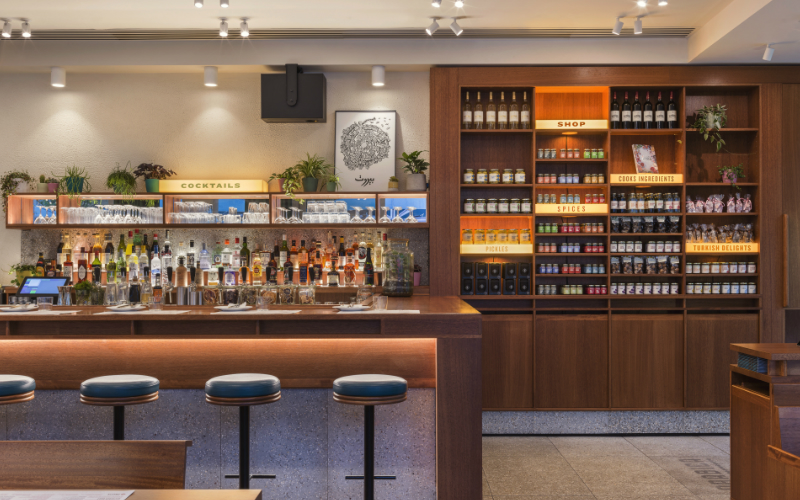 There’s been (and still is to be fair) a lot of development in King’s Cross recently, and one of the shiny new buildings just north of Coal Drops Yard and Granary Square, is now home to Arabica, a sister site to the Levantine restaurant in Borough Market.

With an open kitchen and counter running down one side, a long communal table in the middle, and a dark brown and deep blue colour scheme, the interiors are a sharp contrast to the shiny office block exterior. There’s even a stash of in-house Arabica products stocked on shelves by the entrance should you fancy taking a bit of the restaurant home with you.

Arabica KX has a largely new menu, aside from a handful of classics, with inspiration coming from Lebanon, Istanbul and Tel Aviv. Whilst Lebanon and Turkey are also represented on the wine list, we stuck to pomegranate and lemonade softies in attempt to show some restraint in January – especially as we ordered quite the spread of dishes. It’s worth noting that the portions are on the generous size (certainly not a bad thing) so go in a bigger group if there’s lot you want to try. Or just be really, really hungry.

After starting with moutabel (aubergine & tahini) and cacik (yoghut & cucumber) dips and accompanying fluffy pittas, we got stuck into steak and bone marrow pittas, which were essentially like Middle Eastern burgers; rich puff pastry beef cheek borekas; spiced lamb and bulgur kibeh; and halloumi with poached quince, a good one if you like sweet and salty together; and succulent pistachio-crusted chicken shish.

Whilst we went heavy on the meat, our fave dish of the night was a veggie one – the Bebere spiced cauliflower, nicely charred on the outside and drenched in tahini yoghurt, toasted seeds and pomegranate.

King’s Cross has become a real foodie hub but there aren’t any restaurants doing what Arabica does, so it’s a welcome addition to the ‘hood. 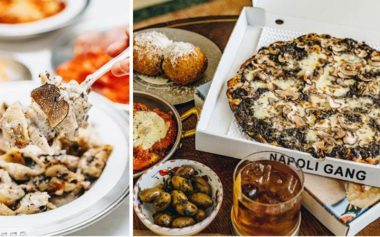 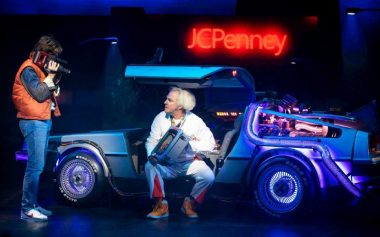 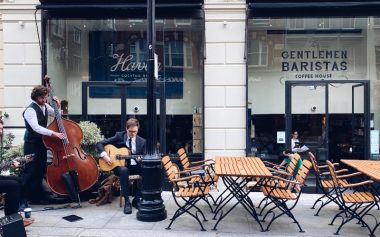 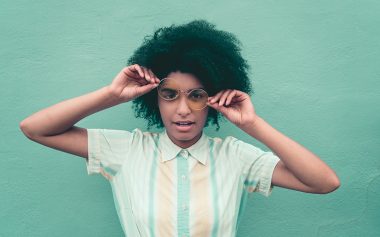