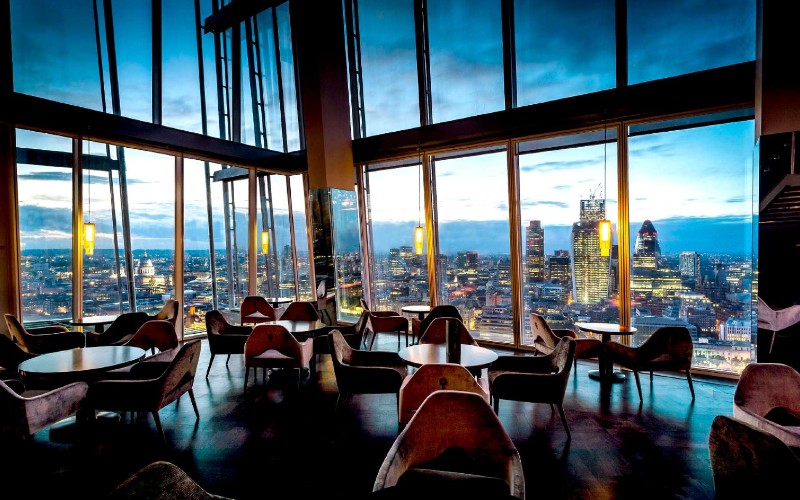 Aside from the epic 360 degree views that come with being on level 31 of The Shard, Aqua Shard is known for its contemporary British food. However, for its new special menu, Executive Chef Anthony Garlando has been going backwards and diving into our food history. Created in collaboration with Matthew Fort (who you’ll probably know from Great British Menu) the Forgotten British Dishes menu features dishes lost over time that have been updated and given a modern spin for today.

Matthew researched books, unpublished sources and handwritten collections from friends and family to find old dishes, which Anthony reinterpreted using the best British produce. The result is a set menu that features many familiar ingredients but with a few surprising combinations.

It starts with Lady Llanover’s salt duck, inspired by the Lady’s 1867 book The First Principles of Good Cookery and the traditional method of salting meat. The 2020 version of the dish features goat’s curd, elderberries and pickled cauliflower, which all add sharpness and help to cut through the duck. The native lobster with Yorkshire mustard and heritage radish actually comes from Mrs Fort, Matthew’s mother, and it’s been well balanced so that the pepperiness of both the sauce and the radish doesn’t overwhelm the lobster.

The other main, roasted lamb saddle with onion jam, smoked ham and reform sauce, has been influenced by John Farley’s 1753 book The London Art of Cookery. It’s not often you see ham and lamb on the same plate but it with the old-school reform sauce and the addition of a rich gravy, it all ties together well. For pudding it’s Windemere tart, taken from Mrs Squarey’s Cookbook, published in 1886, who also happens to be a distant relative of Matthew’s. It’s a pastry case filled with gooseberries and summer fruit jam – so it’s nice and sharp – with Anthony taking the coconut from the recipe and adding a toasted coconut ice cream on top.

As well as the recipes being refined, it goes without saying that the presentation has been prettied up too, so the view won’t be the only thing you’ll be taking snaps of here. Aqua Shard has also put new safety measures in place, including social distancing markers and PPE for the staff, so you can eat out with peace of mind.