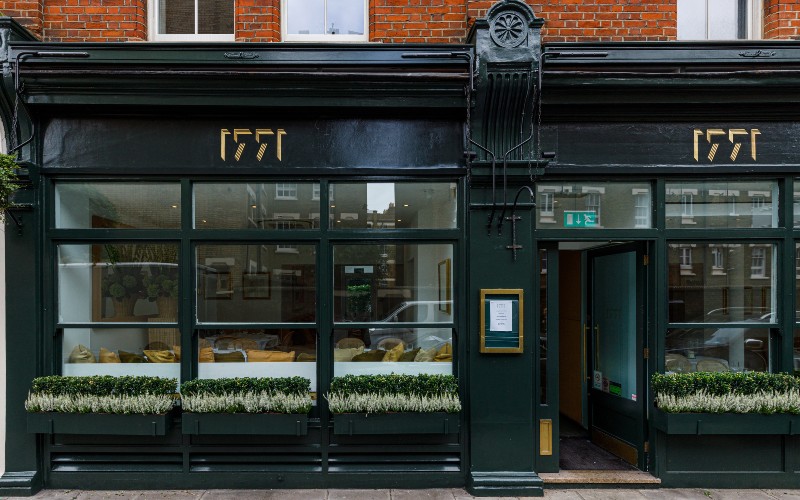 Chef Mark Jarvis has recently opened the doors to 1771 in Belgravia, on the same Holbein Place spot where Liv (where Mark also oversaw the menu) used to be. Thanks to his time at Anglo, Jarvis’s cooking has been met with glowing reviews so we were certainly excited about his latest venture. Why 1771 you ask? The restaurant takes its name from the year the area was first established, and it brings together the best of British with creative tasting and sharing menus using carefully grown, locally sourced produce.

Mark’s curated tasting menu began with aged chalk stream trout & parsley emulsion with potato souffle that was so light we could almost float on it, as well as roast celeriac, puffed quinoa & sesame tied together with a spoonful of mushroom custard. It’s fair to say this was definitely a great way to start the evening. Not to mention the ‘1771 focaccia’, which we smothered in salty cultured butter – more of this to mop up the leftover emulsion from that trout would have been no bad thing.

The portion sizes weren’t huge so we had plenty of room for the main event of West Country venison with delica pumpkin and pear, which was utterly simple yet extremely tasty, and the pain perdu with spiced butterscotch and parsnip ice cream heavily satisfied the sweet tooth.

Mark’s signature cheese and onion malt loaf is also on the menu, and though it’s a bit of a divisive one (we had one on either side of the fence on the night), it’s a decadent combo and anyone who likes sticky slices of malt loaf slathered in butter will be a fan.

Overall Mark Jarvis has once again proven his flair for combining contemporary flavours with polished plates at 1771, adding further luxury to Belgravia, a place that’s certainly not lacking in that department.