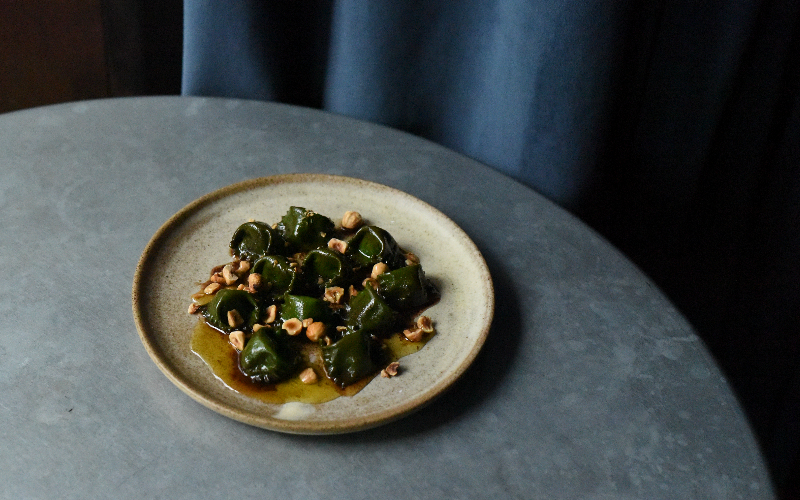 Chris Leach, who has worked at Kitty Fisher’s and Petersham Nurseries, has teamed up with his old pal, David Carter of Smokestak, for a new residency called 10 Heddon Street. The pair have taken over 10 Heddon Street, the old Magpie site (we spotted Jason Atherton checking out the site a few months ago but looks like he turned it down) and in terms of style it’s much closer in line to Chris’ previous restaurants than Smokestak, focusing on Italian dishes made with British ingredients.

The daily changing menu features handmade pastas and in-house charcuterie – we kicked off with a plate of mortadella which was better than any we tried in Emilia-Romagna, where we’d just been a couple of days earlier.

This place is really all about the pastas though and Chris has really killed it on this front. There’s obviously a lot of amazing pasta around London these days but there is definitely some of the best in town at 10 Heddon Street. You won’t want to miss the tonnarelli with brown crab cacio e pepe or the garganelli with spicy pig tail ragu – these two are always on the menu and we’d say they are must orders. We also tried a seaweed butter spaghetti, which would have been the signature dish of most restaurants but here it was third place behind the other two.

These guys will only be here temporarily while they search for a permanent site so we suggest you get down there sharpish for some of the best pasta in London right now.