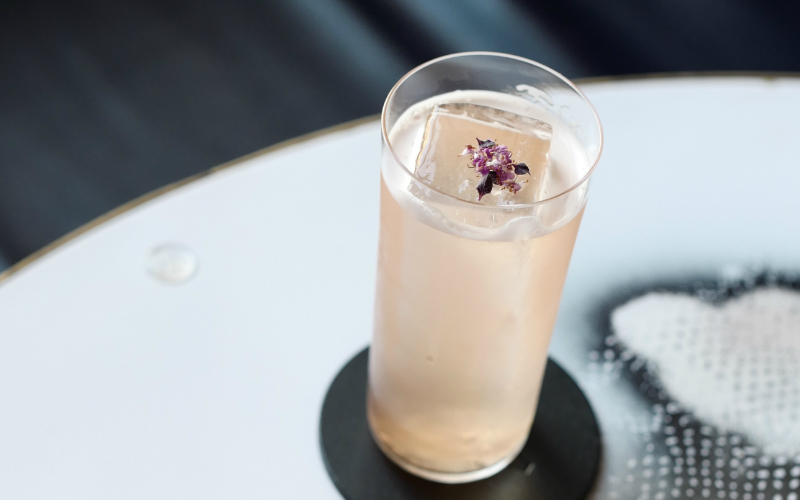 Artesian, the award-winning bar inside The Langham, has got a new cocktail menu and it’s a celebration of minimalism with all the drinks containing just two ingredients. The mantra for the menu is ‘less is more’ but this being Artesian, it’s not as simple as just mixing two things together and putting them in a glass.

The team has worked at the Artesian laboratory to create the spirit and flavour pairings, with new preparation methods used to make a lot of the elements in-house. And the result is a 22-strong list with some surprising combinations, like Star of Bombay Gin & Golden Beetroot (sweet and delicate) and St Germain Elderflower Liqueur & Red Carrot (looks like a post-gym juice, tastes light and floral).

Concoctions like the Perrier Jouët Grand Brut and Cream shows off the technical skill of the team. There’s no actual cream in the serve, instead they’ve replicated the taste of cream, with some added salty notes, through some technical wizardry involving creating and blending a vodka butter. It’s very clever stuff.

They’ve also done a great job with the physical menu itself, a wooden helicone structure based on a design by John Edmark that reveals the drinks as you spin it around. It’s simple but playful, just like the drinks and it’s a pretty mesmerising thing.