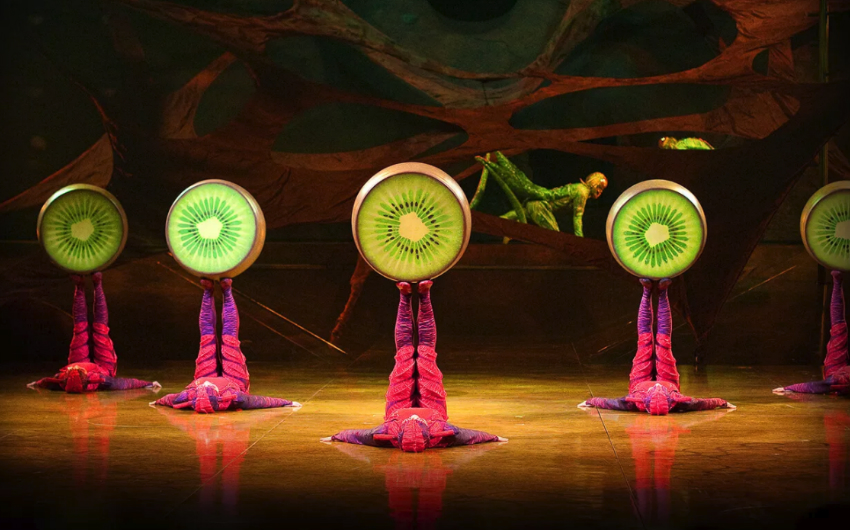 What do you get when you throw crazy crickets, amazing ants, and flexible fleas together with wild acrobatics, the odd trampoline, and high-flying trapeze? No, it’s not just another Sunday at your weird cousin’s house…it’s Cirque du Soleil, who’ve returned to London with their brand-new UK show, OVO!

Whether you’re a long-time fan of Cirque du Soleil or just wondering what the buzz is all about, you’re sure to flip over this colourful carnival of creatures. Aerial acts are what Cirque does best, and OVO’s are sure to delight, with a spider who rides a unicycle – upside down – on a rope 15ft above the ground, a pair of emergent butterflies who soar above the crowd on aerial straps, and a finale of trampolinists dressed as crickets who fly through the air and land on a two-storey high climbing wall. The highlight of the performance, though, is the troupe of golden scarab beetles performing the Russian Cradle, which we can only describe as a flying trapeze act, without the trapeze. It’s incredible. We’ve never seen anything like it. Less successful, though, were the clowning scenes interspersed between the circus acts. We mostly just wished they would just buzz off so we could move on to the next feat of acrobatics, contortion, or death-defying do. But make no mistake, by the end, our inner 10 year-olds were dreaming of running off and joining the circus all over again.