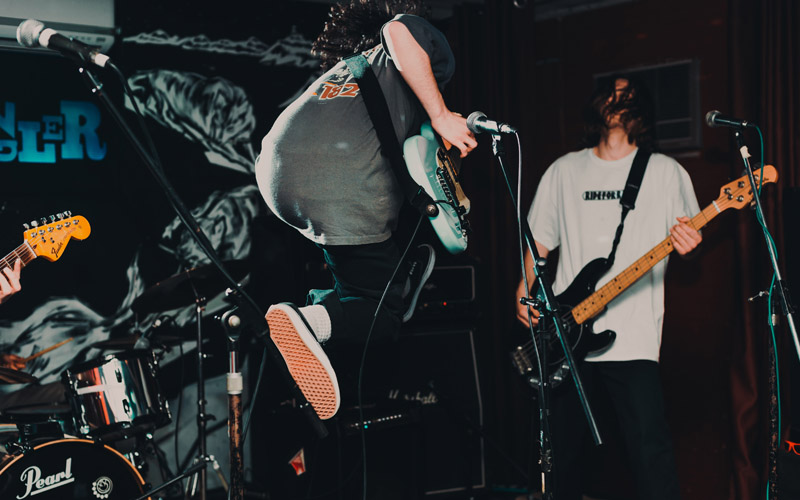 Independent venues up and down the country are such a vital part of our music industry – not only do they give artists a place to perform, they bring people together in so many ways. We’re looking back at memorable moments with some of our fave venues in London and looking forward to even more good times.

“As one of London’s only remaining independent venues, we pride ourselves on doing things differently. Evident in the artists and promoters we work with right down to the beer we serve the spirit of independence is woven deep into our DNA. From New Order to Nick Cave, Pattie Smith to The Specials, The The to Morrissey there have been so many legendary nights here it’s hard to pinpoint one specific standout moment. Some of my favourites include when local boy Kano visited to launch his Made In The Manor album, a late-night show with him taking to the stage at the stroke of midnight accompanied by a full brass band; Belle & Sebastian singer Stuart Murdoch climbing our Art Deco balcony, tiptoeing all the way around the lip from one side of the venue to the other during their two-night residency; cult goths The Dresden Dolls gloriously reforming after a 12-year hiatus with their own sold-out multi-night run. We are fiercely independent, we thrive on being the underdog and are proud to be David in any Goliath scenario”

“Hosting the Jarvis Cocker headline show was a special one for all of us, especially growing up as huge fans of Pulp. I must also give a special mention to the last minute Dave Grohl show which happened a year or so ago. We got the call on the Friday that he was in town and wanted to play a show, and half a day later it was happening. To top it off he had Rick Astley on the drums, and then they also did a version of ‘Never Gonna Give You’ up together. The whole thing was pretty surreal.”

“When the world feels so divided, we need spaces and places like Rich Mix where people can come together – a melting pot of cultures. True to our roots, we deliver Culture for a Changing City. Culture as a form of togetherness, sharing our stories and my word, having a good old bloody time! One night though, very dear to me was when I put on my first night at Rich Mix, ‘Better Days Ahead’ celebrating the life of Gil Scott Heron (the godfather of hip hop, a lyrical genius). We had music and spoken word about resistance and the struggle for a better world. Gil was the soundtrack to my childhood and the beautiful begins of me working at Rich Mix. Better days are ahead, I believe that. Culture for our souls. It’s gonna be one hell of a party when this is all over. See you at Rich Mix on the dance floor!”

“Girl Band are a force of nature, loud and abrasive, they’re exactly the kind of band that The Lexington was built for. 200 people squashed into a black smoky room, no one can work out whose sweat is whose, whilst a band from a foreign land pounds you every sense in the unbridled way that only someone so much more fearless than you can… It sounds like a different lifetime doesn’t it? It sounds like something so far away and so filthy that it would be impossible to have it back? I take myself back to that room, and you can take yourself back to that room because that room is every venue you’ve ever been to, and I think about how far away and impossible right now would seem. That impossibility is what gives me the certainty that this will end and we will all be back in that room again, drenched in one another.”

– Marcus Harris, DJ/Promoter at The Lexington

“My fondest memory of The Shacklewell Arms was in August 2014 when a large weekend festival was cancelled within very short notice. Plenty of internationally established acts were told so late about the cancellation and were already in London raring to play, so all the local small venues across town decided to work together to try and resurrect some vibes out of the situation.  After a chaotic 48-hours, we ended up hosting an all-dayer featuring Metz, Iceage, The Van Pelt and many more acts at the Shack. It was the wildest day in the venue’s history. There was a great sense of community spirit between the venues to restore something positive from unfortunate circumstances and we were very proud that all the artists and fans managed to crack on and have a great day regardless.”

“Alexandra Palace sits up there as my top independent venue in London as it sits atop of Muswell Hill gazing down on the beautiful city – on a clear day you can see France! I’ve enjoyed loads of my favourite bands perform in the main arena which holds 10,000+ and yet still feels homely and warm at the same time. It’s easy to get a beer and to visit the little boys room mid-show to get back for any mosh pit action at the end. Wolf Alice, who are from just around the corner in Archway feature as a highlight back in 2017 when they played their biggest headline show to date, on home ground to a sold-out crowd cheering them on. That was pretty special”