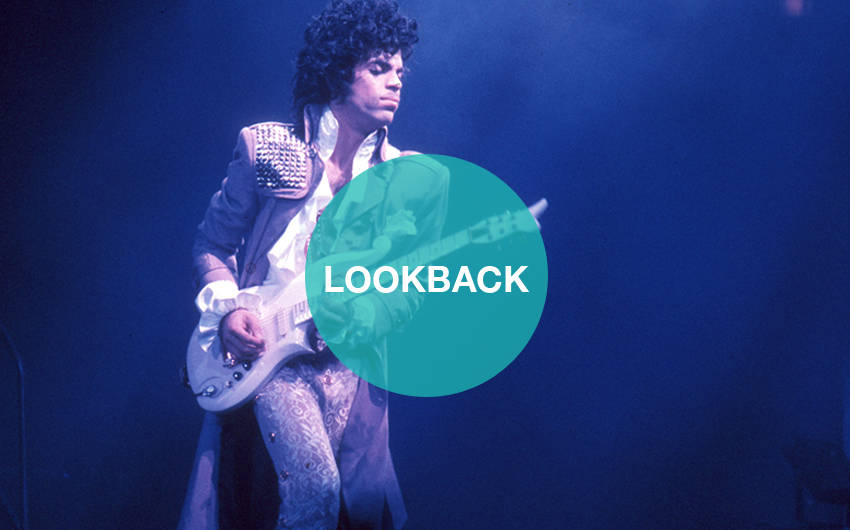 It’s been almost a year since Prince passed away, so we’re looking back on the life and times of the purple one. Not only was Prince born into a musical family – his mother and father were both in a Minneapolis jazz band – but he was born with exceptional musical talent as he had taught himself to play the piano, guitar and drums all by the age of fourteen, and by 18 had inked a deal with Warner Bros.

From his debut album For You, released in 1978, to his final record Hit n Run Phase Two, released on Tidal in 2015 his work rate was prolific, totalling 39 studio albums plus soundtracks, live records and compilations. Number nine in that ridiculous list, Sign ‘o’ the Times, has also hit a big anniversary, recently turning thirty years old having been released on 31st March 1987. His first solo record since disbanding the Revolution, the album is peak Prince, showcasing his extraordinary vocal ability and mastery of a range of musical instruments. Prince also made it to the big screen, turning his life story into the 1984 film Purple Rain, with the soundtrack of the same name, featuring classics like ‘When Doves Cry’, ‘Purple Rain’ and ‘Let’s Go Crazy, being regularly cited as one of the greatest albums ever made.

Prince died aged 57 on 21st April 2016 at his Paisley Park recording studio and home in Minnesota. There was a huge spike in sales after his passing, with his catalogue selling 4.41 million albums and songs from 21st – 28th April 2016 and five of his album sitting simultaneously in the top ten of the Billboard 200, a first in the history of the chart. As well as being a remarkable commercial and critical success – we’re talking over 100 million records sold, seven Grammy Awards, an Oscar for the Purple Rain score, being inducted into the Rock and Roll Hall of Fame, playing the most legendary Super Bowl Half Time Show in 2007 to name but a few – his legacy lies in his refusal to be labelled. He constantly shifted between genres, usually in the space of one song; he played with a flamboyant and fluid sexual identity; he rejected the racial stereotypes applied to black artists; he was a generous activist and philanthropist; even his name wasn’t nailed down, shifting from Prince to the infamous symbol and back again.

There are plenty of places for you to party and pay your respects to the great man across 21st and 22nd April. Rob da Bank and Tayo are hosting a spesh edition of Purple Rave at the Clapham Grand, complete with a screening of Purple Rain, there’s a Prince Party at The Macbeth in Hoxton, an anniversary tribute at Upstairs at The Ritzy, and a South London Soul Train Prince Special at The Bussey Building.