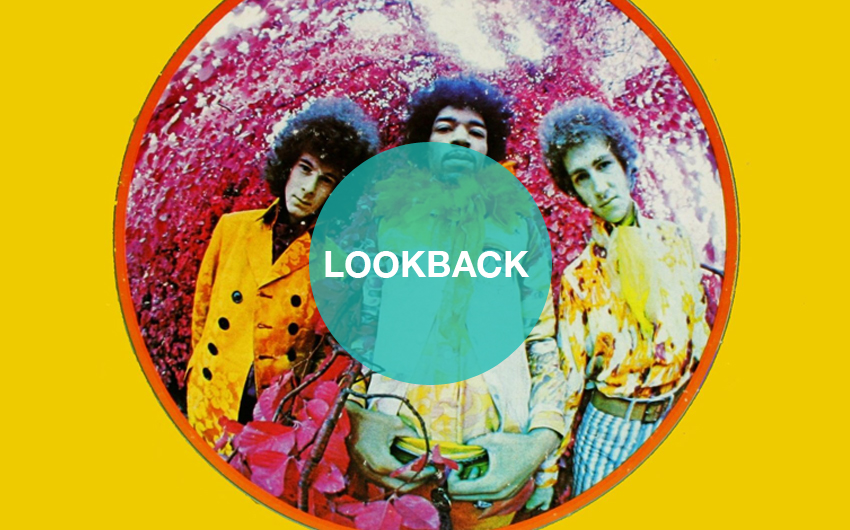 In mid-1966 Jimi Hendrix was scraping by as a backing guitarist, by May 1967 he and his band The Jimi Hendrix Experience, featuring Noel Redding and Mitch Mitchell, had released one of the greatest debut albums in the history of rock & roll. Pretty mega right? So is this…that album, Are You Experienced, turns 50 years old this month.

Recorded across London at at De Lane Lea Studios, CBS and Olympic Studios, Are You Experienced was released here on 12th May 1967 and was an instant success, peaking at number two in the charts. The US version of the album came later in August and contained a different tracklist, including three of Hendrix’s most famous songs – ‘Purple Haze’, ‘Hey Joe’ and ‘The Wind Cries Mary’ – which were all top ten hits as singles this side of the pond despite not making it onto the UK issue. It also had a different cover, the yellow and purple version with the fisheye photograph, which was shot by Karl Ferris at Kew Gardens, after Hendrix stated that the UK version was not psychedelic enough. Mojo named Are You Experienced the greatest album of all time and Rolling Stone ranked it both 15th in their 500 Greatest Albums of All Time list and the third greatest debut album of all time.

The recording sessions were scattered over a five month period, moving between the studios, and in news that will surprise no-one, Hendrix played his guitar LOUD. Sometimes the sound from his Marshall twin stack was so loud that they had to mic him from several feet away in a large room, and engineers have said that’s the reason why the band’s sound is so powerful. But the album showcases much more than Hendrix’s ability on the guitar, it gives an insight into his vivid imagination. Rather than being about an acid trip, ‘Purple Haze’ was inspired by a dream he had in which he was walking under the sea, ‘Third Stone From The Sun’ is about an alien who visits Earth, and Hendrix described ‘Manic Depression’ as “a story about a cat wishing he could make love to music instead of the same old everyday woman.”

With its mixture of psychedelic rock, rhythm and blues, and free jazz, Hendrix’s legendary guitar playing and the transcendent quality of the lyrics, Are You Experienced undoubtedly changed the course of guitar music and it still rocks half a century on.