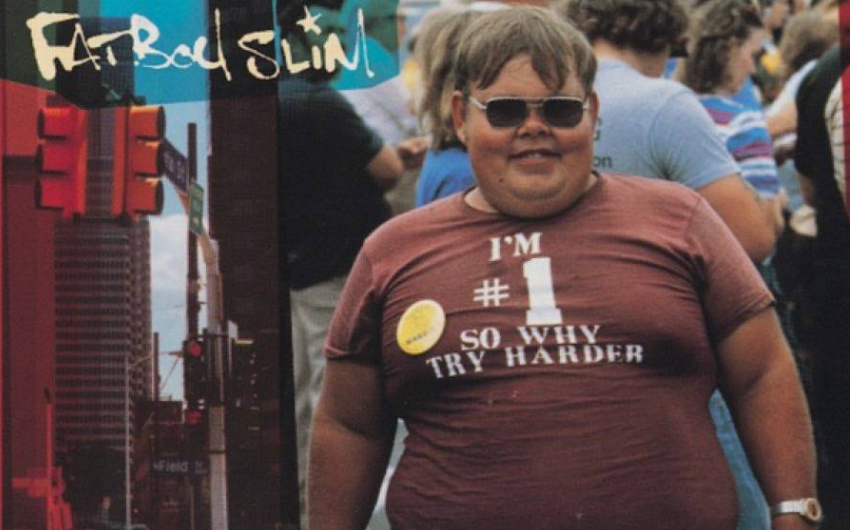 It features some of the most recognisable tracks in dance music history and now Fatboy Slim’s second album You’ve Come a Long Way, Baby is turning twenty years old this year. Actually released in October 1998 (and recorded using an Atari and floppy disks, remember those?) the LP is getting a big re-issue release this March, so we’re celebrating the birthday early.

The LP was a massive commercial and critical success. All four singles – ‘Right Here, Right Now’, ‘Praise You’, ‘Gangster Trippin’ and ‘The Rockafeller Skank’ – went top ten in the UK charts, with the album also reaching number one. It also charted on the Billboard 200, marking it as the record that brought big Norm proper international recognition. There were a few issues with the music though, particularly due to the amount of swearing. ‘Gangster Trippin’ features 57 uses of the word “shit” and ‘Fucking in Heaven’ has Freddy Fresh say ‘fucking’ an impressive 108 times.

‘Praise You’ is probably the most iconic piece of music to come from the album and it’s totally down to that video. Directed by Spike Jonze with Roman Coppola, the vid was famously shot guerrilla-style with the flash mob (the fictional Torrance Community Dance Group) busting a move outside a cinema in LA. It only cost around $800 to make, going on to win three awards at the MTV VMAs in 1999 and being voted number one in the 100 best videos of all time in 2001 for the 20th anniversary of MTV.

The re-issue of ‘You’ve Come a Long Way, Baby’ is coming out on 16th March with three versions available; a CD, a vinyl and a spesh “meal deal”, which is delivered in a pizza box featuring the man from the album cover and also comes with a ‘I’m #20 So Why Try Harder’ t-shirt on the side. Order it hot and fresh right here.