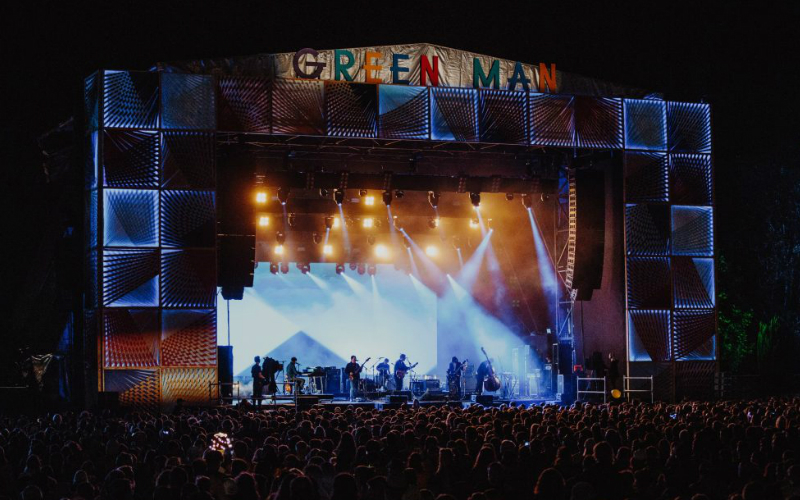 Brecon Beacons reached peak indie festival joy last weekend thanks to another flawless year of Green Man Festival. If the idea of sipping a craft cider sprawled out on the grass while listening to some Cate Le Bon sounds like your kind of vibe then Green Man 2018 was the one. It was a sun soaked weekend filled with live music, booze and some pretty spectacular art installations – a special shoutout to Flow Conceptions for their piece, a tunnel of geometric shapes set to respond to the presence and interaction of the audience within its parameters….. honestly we could have spent hours at it.

Daytime performance were as chilled out as you’d expect ranging from sets from Teleman and Amber Arcades to a conceptual dance piece involving lots of trapeze acrobatics and general stunts the like of which we’d only dare to attempt (and inevitably fail miserably at) after one too many tequila shots at 3am on XOYO’s dance floor. Our fave music moment (if we HAD to pick) was the jaw droppingly good set from Deep Throat Choir and Simian Mobile Disco, truly one that knocked our socks off!

With lots to do aside from bask in musical glory, Green Man’s extra curriculars saw everything from a pop quiz on vaginas from The Vagina Museum to a talk from the legend that is Annie Nightingale….. oh and there were fireworks and ferris wheels too, bonus!