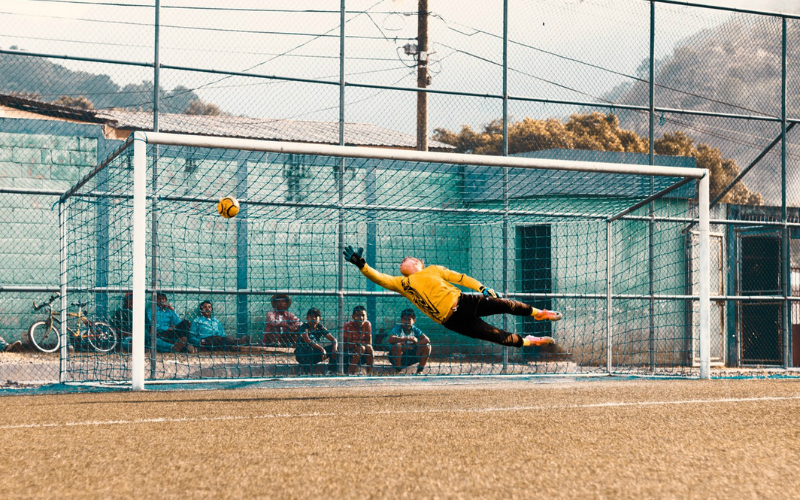 Football is almost a religion in Europe, especially in the UK. For the hardcore football fanatic, stadiums mean a lot. Not just their team’s home grounds, but the national team’s stadiums too. It’s fair to say that they carry a lot of history, and football fans never forget miraculous matches that took place in London stadiums.
Every year, new memories are formed on these grounds. It’s the same everywhere in Europe. Finland has a booming football scene, even if its ratings can’t compare to the Premier League. But, some of Finland’s stadiums can, and it would be great to visit them the next time you’re travelling across Europe.
From London to Finland, we present the top stadiums every football fan should visit.

Top London Stadiums
A lot of history has been written in many London stadiums. The UK capital is brimming with great PL clubs, with a total of 7 in the Premier League this season. This last happened in 1994-1995, which shows how tough competition is in English football. It’s something you must have in mind when you bet online for the Premier League. You should also learn the top London stadiums and their tenants by heart, since matches on the home ground are a bit easier to win.

Wembley
Let’s start with the greatest among them – Wembley. Often called the home of football, it’s the largest and most popular stadium in the UK. It opened its doors in 2007 and has been one of the greatest tourist attractions ever since.

A 90,000-seater, Wembley has hosted many big matches. Some of those include CL Finals, FA Cup Finals, and major international matches. Exhibition games are common on these grounds. Some of the world’s biggest football players have graced the field, so it’s no wonder why this is the stadium football fans visit first. The next time you’re in London, you can take a 75-minute Wembley tour which takes you to the pitch, dressing rooms, the Royal Box, and the trophy room.

Emirates Stadium
Replacing Highbury in North London, Emirates is Arsenal’s home pitch. The stadium was opened in 2006, giving the Gunners more room and replacing the old Highbury stadium that has been their home for nearly a century. But, everything has an expiry date, and renovations at Highbury began to pile up. It’s a modern stadium with 60,000 seats and an arena like Arsenal deserves.

Self-guided tours are available on matchdays between 10 AM and 5 PM. The Emirates stadium quickly became a favourite of die-hard Arsenal fans, especially thanks to the incredible atmosphere behind the North Bank. All that remains is for Arsenal to lift a PL trophy, which might happen as soon as this year.

Stamford Bridge
Stamford Bridge is a legendary stadium located in the borough of Fulham in North London. It’s the home ground of Chelsea, one of the biggest London clubs with numerous titles. Founded in 1877, frequent renovations have ensured that Stamford Bridge stays in touch with the times. It’s one of the finest London has to offer, and a mecca for PL fans.

Thanks to Chelsea’s huge successes in the 2000s, stadium tours are open to the public. You can take one the next time you’re visiting London and see every domestic and international title the club has won in the flesh.

London Olympic Stadium
This stadium was built for the 2012 London Olympics. Luckily, it hasn’t suffered the fate of many others which are left to rot as soon as the Olympic Games come to a close. Since then, it has found a permanent tenant in West Ham United. The great thing about this stadium is that it’s in a redeveloped area, so there’s plenty to see and do around it, including amazing restaurants. As an Olympic stadium, it boasts modern design that stands out, with a fantastic view of the pitch from any stand.

Stadium tours are available every day of the week. They cost much less than less than the tours for the Emirates or Wembley, which is a definite plus. If you want to watch a West Ham match, you can even buy a ticket on the day thanks to the great capacity of 60,000+. This isn’t the case if you’re looking for a Chelsea or Arsenal match.

Craven Cottage
Why is Craven Cottage one of the biggest stadiums in London? It’s one of the oldest surviving members of the pack, being Fulham FC’s home ground since 1896. It’s a smaller and not-that-modern stadium compared to the others on this list, but the atmosphere beats them all.

It’s a more personal and exciting experience, and those red bricks and wooden seats breathe life into the ancient shell. If you’re ever in London, we’d put it on our must-go list.

Tottenham Hotspur Stadium
The Spurs may not have won the Premier League, but they still have one of the most impressive grounds in Europe, not just the UK. Replacing the old White Hart Lane, the Hotspur stadium is a technological marvel. It opened its doors in 2019 and with 62,000 seats, it’s the largest club ground in London.

Top Finland Stadiums
Football is the biggest sport in Finland, and while it’s not a religion like in the UK, there are still some impressive stadiums to check.

Helsinki Olympic Stadium
Home of the national football men’s team, the Olympic stadium in Helsinki is the biggest one in the country. It’s the biggest by capacity too with 36,000 seats. It was the centre of activities at the 1952 Summer Olympics in Helsinki, hosting a wide range of matches.

Nowadays, it is used for all kinds of entertainment shows and sports matches. After four years of renovation, it opened its doors again in 2020, now with a modern look that matches Europe’s biggest football temples.
Stadium tours are available and they cost less than what the top UK teams charge. If you’re in Helsinki, it would be a shame not to visit it, at least for a concert.