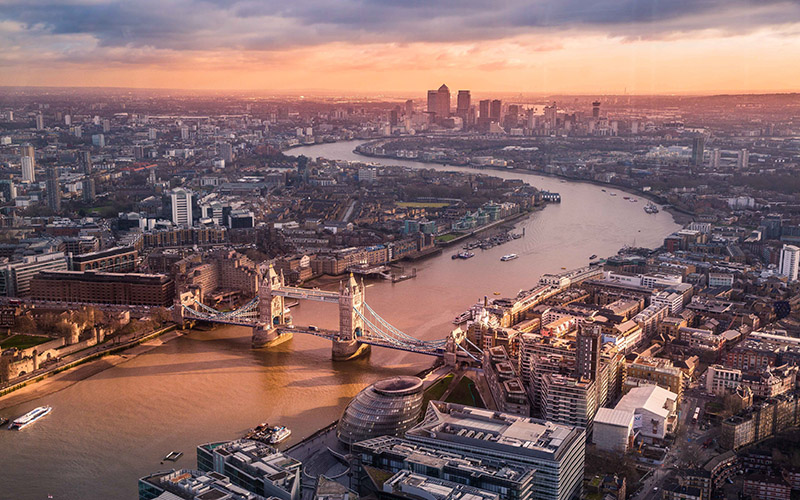 The average house price in the British capital is £605,437 with the average yearly salary standing at £39,680. It is no wonder then that normal Brits feel priced out of living in London when the costs for accommodation alone are so staggeringly high.

The rich and famous though have no such problem, flocking to London from all over the UK and further afield. Apart from living costs, where else do these well-to-do people spend their hard-earned cash? Read on to find out.

When you have more money than you know what to do with, what better way to spend it than a night out in one of Europe’s most glamorous casinos? The Colony Club in London’s swanky Mayfair is jam-packed with the rich and famous every day of the week.

To enjoy the bustling baccarat tables and the high-stakes private poker games players must first make a formal application to become a member. The casino sets a £500 application fee in an attempt to weed out the riffraff and even after paying that, potential players are not guaranteed membership to the club.

Celebrities and the incredibly rich can circumvent the application process by being recommended for an honorary membership by a highly valued current member.

For those without £500 in spare change to apply for a membership, gambling with an online casino remains the best bet. You can sign up to play some of the best slots on winkslots.com in less than 5 minutes without having to part with any cash at all.

An online casino might not provide the same prestige and status as playing at The Colony Club, but there are literally no differences in the games on offer at all. In fact, there is often a greater choice of games on offer and a more diverse player base.

Many famous faces to have tried their luck at the gambling tables of The Colony Club.

If you’re more interested in being seen with some of the biggest names in British showbusiness then The Groucho Club in London is the place to be. The venue was founded as a private members club in 1985 as an alternative to the stuffy, old-fashioned gentleman’s clubs in the rest of the city.

In order to join the club, you must apply for formal membership to the club with the official website stating: “Applicants should have a creative role within the creative industries and share the Club’s maverick spirit.”

In addition to that stipulation, applicants need to be proposed and seconded by two current Groucho Club Members. Following a successful application, members can avail of the Club’s restaurant facilities and exclusive bar.

The Groucho is the source of many apocryphal tales of celebrity hedonism, of the ones that are verifiably true, the tale of U2 frontman Bono serenading Bill Clinton with a rendition of ‘Happy Birthday Mr President’ is perhaps the most impressive.

The most in-demand restaurant in Europe is undoubtedly Chiltern Firehouse situated in London’s plush Marylebone. Cara Delevigne, Amy Schumer and Sienna Miller have all graced this glamorous restaurant with their presence in the past.

From brunch to dinner, Chiltern Firehouse serves some of the tastiest and heartiest food in the capital. The menu is self-described as ‘family style’, but that description only holds water if your parents are Michelin-starred chefs.

Chiltern Firehouse is not just a restaurant, it is a five-star hotel as well. Its luxury rooms are often the first port of call for American tourists flying into the UK for promo events, tours or guest appearances.

So, if you’re a fan of North American comedy, music or film grab your autograph book and book a table at the Chiltern.

There are many exquisite dining places in London to choose from, Chiltern Firehouse is a favourite amongst celebrities.

The West End is the place to be for art and theatre fans, but it is also home to another of London’s great restaurants. The Ivy is known as a British classic around the world, best known for its ornate oak panelling, stained glass windows and site-specific commissions from world leading artists.

The Ivy’s heyday came in the early part of the 20th century and because of this it still attracts a traditionalist crowd of aristocrats and royalty. Only three years ago Queen Elizabeth II visited The Ivy for a bite to eat after a visit to the theatre.

Monarchy aside, The Ivy is often also home to some of the biggest celebrity names in the world from David Beckham to Elton John. Surprisingly, the food on offer is relatively simple with the succulent Shepherd’s Pie stealing the show.

No visit to London by the rich and famous would be complete without catching a show at William Shakespeare’s Globe Theatre. The original venue was opened by the playwright’s company – The Lord Chamberlain’s Men – in 1599 and was reconstructed in 1997.

The Globe is undoubtedly the most famous and renowned theatre in the city and is the Holy Grail for aspiring actors and actresses. Every year some of the biggest shows in the world are premiered at the venue, featuring many of the world’s most famous names.

Day-to-day, The Globe is open for tours and educational visits. There are also regular Telling Tales workshops designed to help participants to improve their skillsets and make bold steps toward professional careers in acting and theatre.

After visiting make sure to enjoy a scenic walk back into town down the river Thames, perhaps stopping off at one of the bustling bars and restaurants on your way.

London is a cornucopia of glamour and has many more rich and famous hotspots that are not mentioned in this article. The high cost of living in the capital gives it an air of exclusivity which is high on the list of priorities for the rich and famous.

If you don’t have the status or wealth to base yourself full-time in London’s swankiest areas, then grab an experience of the high life by visiting one of the great venues listed above.